Escribano Mechanical and Engineering at DSA 21 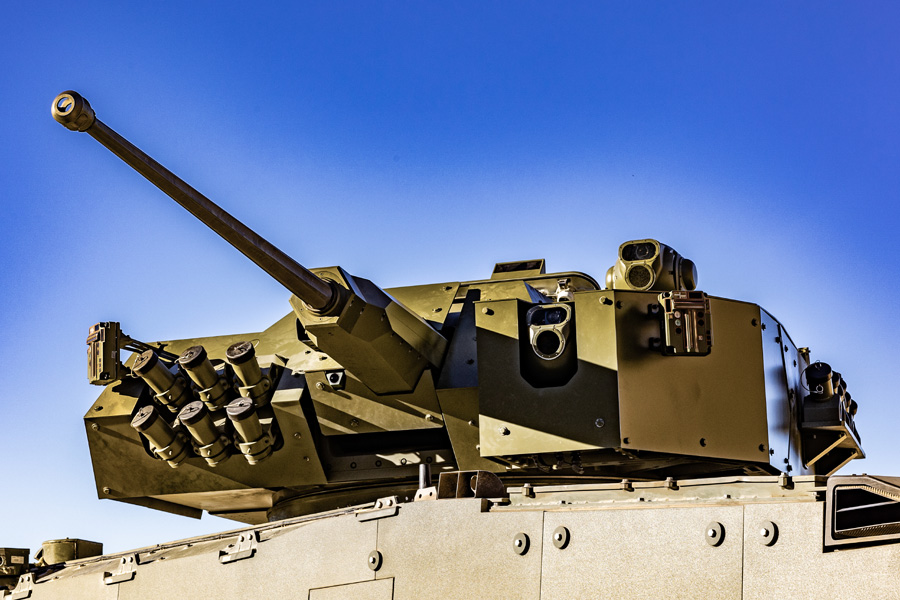 Escribano Mechanical & Engineering will be present at DSA exhibition which is taking place between 28 and 31 March 2022 in Kuala Lumpur.

Press Release, Madrid, 23 March 2022: Escribano Mechanical & Engineering will be present at DSA exhibition which it is taking place between 28 and 31 of March 2022 in Kuala Lumpur. It is the first time that ESCRIBANO M&E will exhibit its developments at DSA but the collaboration between ESCRIBANO M&E and the Malaysian Ministry of Defence it is well-known.

The Malaysian Ministry of Defence has shown interest in our Remote Weapon Station (RWS) for the Malaysian Royal Navy, the SENTINEL 2.0 system in its patrol vessels. The SENTINEL 2.0 station integrates 12.70mm Browning type heavy machine guns, a weapon used for the Navies. It is equipped with an infrared camera, a day camera and a laser telemeter (LRF) that allow the operator operating a console inside to locate, aim and shoot targets both day and night. To these capabilities is added the automatic tracking of targets, which allows to keep the weapon pointing at a target automatically using the video of both cameras, which gives it great effectiveness immediately.

In addition, the APOLO Electro-optical Systems are expected to be used by the Royal [Malaysian] Navy. APOLO is the new generation of gyro-stabilised Electro Optical Systems, both for infrared sensors and Laser Range Finder. This system is suited for a wide range of missions such as observation, surveillance, target acquisition and tracking. The system’s modular design and architecture allow for easy installation, maintenance, integration and communication with external sensors.

DSA Exhibition will present the opportunity to show officially the land GUARDIAN 30 RWS to the Malayan Army. GUARDIAN 30 has been specially designed for 30mm canon integration. As main gun incorporates an ATK Orbital MK 44S. It counts with the latest technology in ballistic calculation achieving a long-range shooting accuracy. The shooting system is assisted by two next-gen electro-optical systems based in the APOLO electro-optical system technology developed by ESCRIBANO M&E.

The most advanced sensors and cameras allow GUARDIAN 30 to operate in all weather conditions whether day or night missions, increasing its capabilities for detection, recognition, surveillance, and accuracy. This electro-optical system, in addition, is suitable for hunter-killer type missions. RWS GUARDIAN 30 counts with embedded simulation for best and fast gunner training. GUARDIAN 30 is the selected RWS for the Spanish Land Programme VCR 8X8 DRAGON, the next generation in armoured vehicles for the Spanish Army.