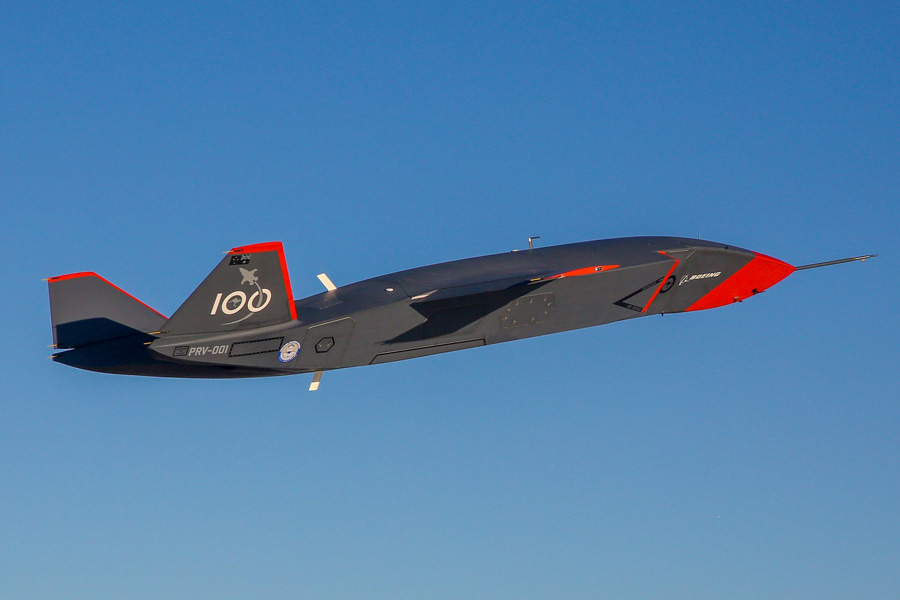 Boeing’s Australian-produced uncrewed aircraft developed for the RAAF under the Loyal Wingman programme is to to be named MQ-28A Ghost Bat.

Press Release, Australia, 21 March 2022: Boeing Australia congratulates the Australian Government and Royal Australian Air Force (RAAF) on their selection of ‘MQ-28A Ghost Bat’ as the military designator and name for the first Australian-produced military combat aircraft in over 50 years. Australia’s Defence Minister, the Hon Peter Dutton MP, announced the designator and name at a dedicated ceremony held at RAAF Base Amberley, Queensland.

“The introduction of the new popular name is a rare and special moment in aviation history for our RAAF partners and industry team of over 35 Australian suppliers,” said Glen Ferguson, director Airpower Teaming System Australia and International. “Selecting the Ghost Bat, an Australian native mammal known for teaming together in a pack to detect and hunt, reflects the unique characteristics of the aircraft’s sensors and Intelligence, Surveillance and Reconnaissance abilities, and is a fitting name for this pioneering capability,” said Ferguson.

During 2022, the programme will continue to accelerate the development and testing of the MQ-28A Ghost Bat, with a focus on sensor and missionisation capabilities to deliver on RAAF commitments. These requirements will continue to expand as Boeing moves towards the aim of delivering an operational capability for the ADF.