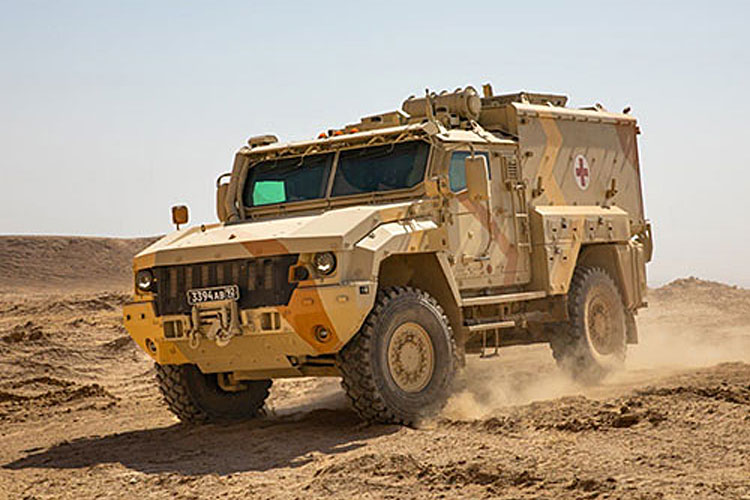 The newest Linza sanitary armoured vehicles (armoured ambulances) arrived at the Russian Dushanbe and Bokhtar military base in Tajikistan.

Press Release, Moscow, 27 January 2022: Three new sanitary armoured vehicles of the tactical link of the Linza family have been delivered to the units of the Russian military base in Tajikistan. The equipment delivered to the formation is intended for medical units stationed in the Dushanbe and Bokhtar military towns.

The Linza armoured car is designed to search, collect and evacuate up to six wounded servicemen from the battlefield. The car was created on the basis of KamAZ Typhoon with a 4×4 wheel formula and is equipped with a modern engine that provides a car weighing about 16 tonnes with a speed of more than 100 kilometres per hour.

The car protects against all types of small arms, withstands an explosion of up to eight kilogrammes in TNT equivalent under the wheel. The wheels are also armoured, a car with a damaged wheel can drive up to 50km more over rough terrain.

The cars will be tested by Russian servicemen for their intended purpose during tactical and special exercises at the Lyaur and Sambuli ranges.

For reference: The 201st military base in Tajikistan is Russia’s largest military facility outside of its borders. It is located in two cities — Dushanbe and Bokhtar. It consists of motorised rifle, tank, artillery, reconnaissance units, air defence units, signals, NBC protection.