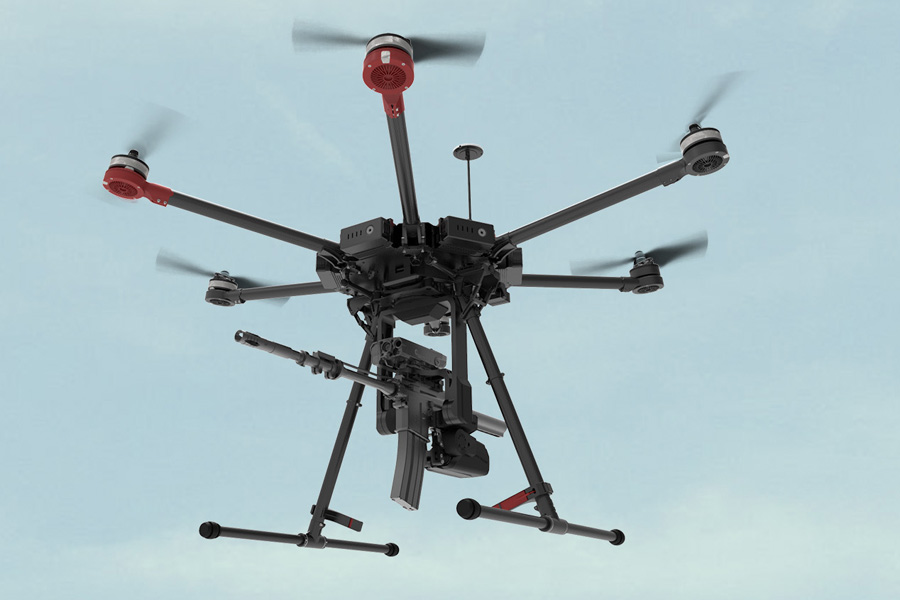 Presented by the company for the first time, SMASH Dragon is an advanced robotic weaponry payload that can be mounted on different drones and other unmanned aerial platforms. It can incorporate various types of assault rifles, sniper rifles, 40mm, and other ammunition with great precision. Extremely lightweight and therefore allowing long mission endurance, SMASH Dragon integrates a unique stabilisation concept with the SMASH technology that enables the system to accurately hit static and moving targets while flying.

The system successfully completed live firing tests and is currently under advanced stages of development.

Michal Mor, SMART SHOOTER CEO: “Smart Shooter’s SMASH technology offers precise elimination of threats at ground, air and sea. We are now happy to offer the same precise, combat-proven target engagement technology mounted on an unmanned aerial platform that can be controlled from a distance. When it comes to drones, platform weight is a critical factor as it impacts mission endurance and cost, and we are proud to announce that the extremely lightweight SMASH Dragon meets this criterion”.