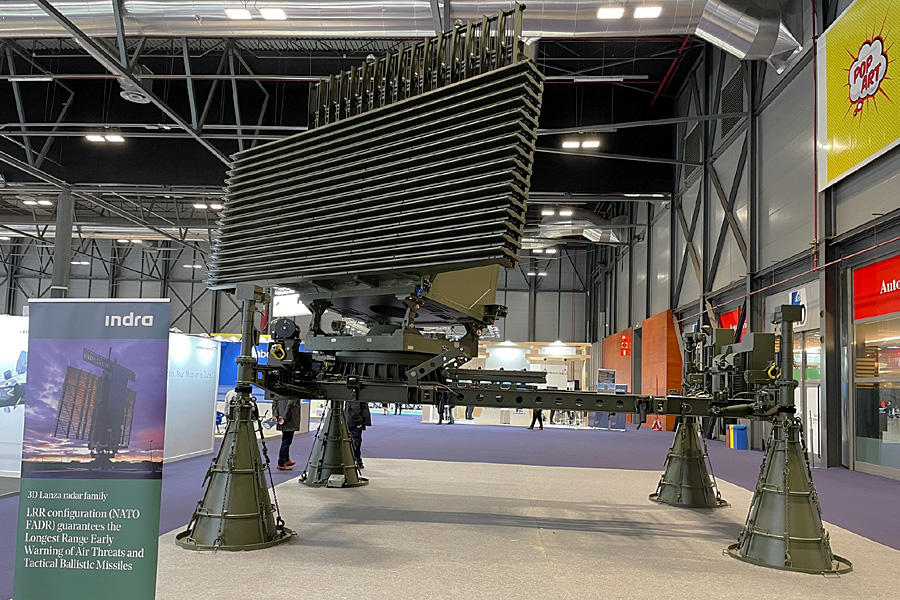 The radar, initially developed with the support of the Ministry of Defence and the Ministry of Industry, Tourism and Trade, demonstrated its capacity to detect and track missiles of this kind, providing air traffic control and command centres with the early warning information required to neutralise attacks or mitigate damage. The tests were conducted at the Radio-Electric Assessment and Analysis Center (CEAR) of the National Institute of Aerospace Technology (INTA) in Guadalajara.

The LANZA 3D DADR tactical ballistic missile radar’s track initiation and target tracking capabilities were checked and confirmed during the tests. The system estimated the different trajectory parameters needed to trigger offensive, defensive and intelligence actions, such as the estimated launch point, point of impact, point of interception, etc.

A NATO NSPA (NATO Support and Procurement Agency) certification and testing tool was used to check these capabilities, consisting of a ground mission control station and a system hosted on a medium-sized drone that simulates the return of the radar signal reflected by a ballistic missile.

Different flight profiles of this type of missiles were tested during these procedures, in their different motor and ballistic trajectories. Different launch and impact points and trajectories of different lengths and/or altitudes were also considered.

The 3D LANZA DADR system delivered highly satisfactory results and demonstrated accurate and continuous target detection and tracking capability during all test flights. The 3D LANZA DADR is the latest generation of Indra’s 3D LANZA family of radars and will be used as part of NATO’s deployable air command and control component (DAC) and by several Air Forces, including those of Spain and the United Kingdom.

Indra is the leading supplier of transportable 3D radars to the Alliance, and has been the winning bidder in all tenders over the last fifteen years. Indra is also one of the world’s leading radar suppliers. It is currently working on the development and upgrading of Eurofighter radars and has implemented the space surveillance radar used by the Spanish Air Force. Indra is the national coordinator of the NGWS/FCAS and is the leader in the development of the state-of-the-art sensors of this programme, in addition to being the national leader of the programme’s two transversal pillars and the main partner in the combat cloud.