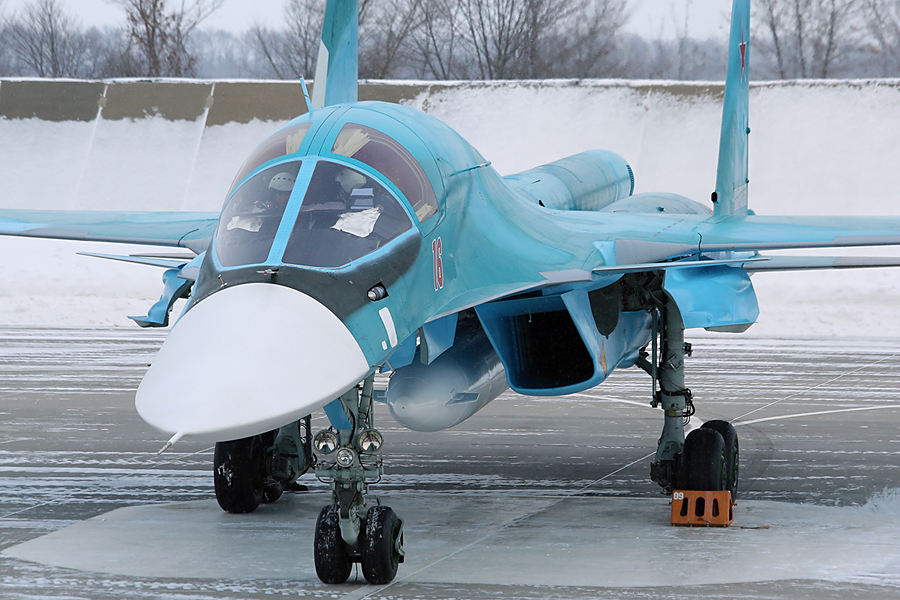 A batch of Su-34 bombers has arrived at the Lipetsk Aviation Centre of the VKS ~ Vozdushno KosmicheskiyeSily or Russian Aerospace Forces.

Press Release, Moscow, 22 December 2021: A batch of Su-34 bombers has arrived at the state aviation personnel training and military testing centre of the Russian Defence Ministry stationed in Lipetsk. The crews of the Aerospace Forces performed a flight from the Novosibirsk region to a permanent-based airfield. They covered about four thousand kilometres. The relocation was carried out without intermediate landings.

Previously, specialists of the Aerospace Forces conducted a comprehensive reception of aviation equipment at the manufacturing plant. In the near future, the aircraft will be used for their intended purpose as part of the winter training period.