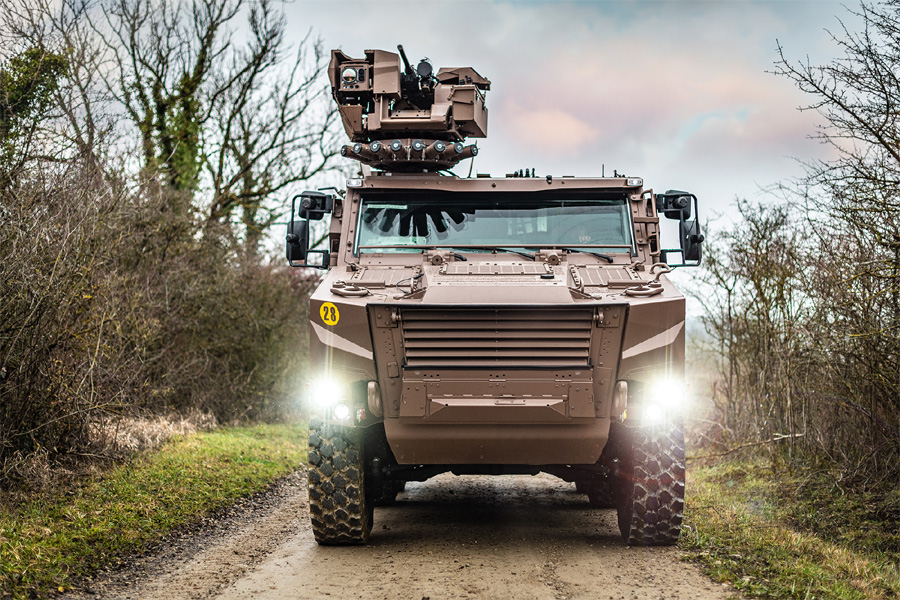 Nexter, Arquus and Thales Press Release, 17 December 2021: On December 6, 2021, the GME (Groupement Momentané d’Entreprises) EBMR (engin blindé multi rôles) delivered to the French Army the 119th and last GRIFFON planned for 2021. The 119 GRIFFONs were first submitted to the verification operations of the French Defence Procurement Agency (DGA/SQ) at the Nexter site in Roanne before being sent to the regiments. Thus, the GME team, composed of Nexter, Arquus and Thales, is meeting its delivery target for the year 2021, in accordance with the initial order of April 2017 and the 2019-2025 military programming law.

For the record, 128 GRIFFONs had been submitted for verification in 2020, and 92 in 2019, making a total of 339 GRIFFONs since the notification of the TC2 conditional tranche of the EBMR contract. In addition, all variants of the troop transport version are now qualified, namely the FELIN, sniper section (STE), 81mm mortar (MO81), refuelling (RAV), light intervention element (ELI), engineer (GEN), medium range missile (MMP) variants, in addition to the command post vehicle (EPC) version.

Nexter, Arquus and Thales wish to highlight the quality of the industrial cooperation between all the sites involved in the programme and warmly thank their teams for the work carried out in 2021. Once again, they have shown total commitment to the execution of their mission in the service of the Army. The delivery of GRIFFON vehicles will continue at the same pace in 2022.

About the GRIFFON: The GRIFFON – a 24.5t armoured multi-role vehicle – is a multipurpose support and transport vehicle and one of the components of the SCORPION programme, conducted under the supervision of the DGA. Replacing the VAB, the GRIFFON is available in several versions (troop transport, command post, health, artillery observation vehicle, MEPAC, etc.). The TT version was the first to be qualified by the DGA in June 2019. Since then, all variants of the GRIFFON VTT have been qualified. The PC version of the GRIFFON was qualified in 2020, in particular to allow the deployment in 2021 of a GTIA GRIFFON in external operations. The health (SAN) and artillery observation (VOA) versions are to be qualified in 2022.