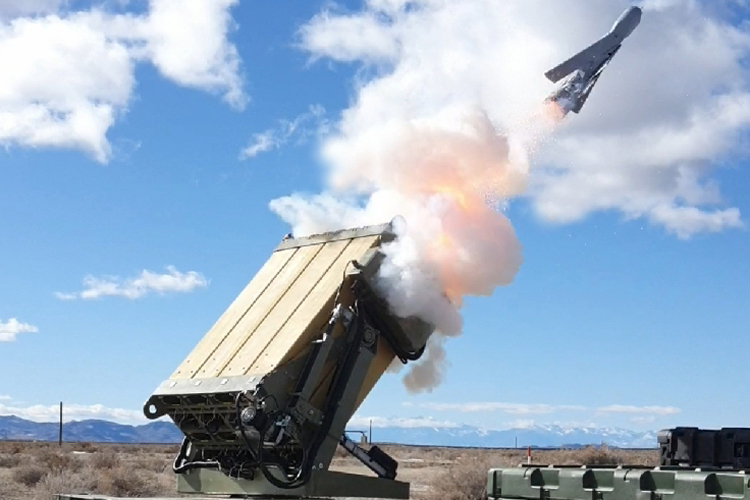 UVision further expands its US operations with the establishment of a production and training facility in Stafford County, Virginia.

Press Release, Washington DC, 16 December 2021: UVision Air Ltd., a global leader in aerial loitering munition systems, continues to expand its operations in the US by establishing a production and training facility in Stafford County, Virginia. The company will lease 25,000 square feet of space at the Quantico Corporate Center, where it will fulfil contracts awarded by the US Government and international customers for the manufacture and assembly of loitering munitions. Production of the HERO series of Loitering Munitions will begin at the new production facility in mid-2022.

UVision USA Corporation, a wholly-owned subsidiary of UVision Air Ltd., is playing an integral role in UVision’s ongoing global expansion of operations. By increasing its local production capability within the United States, UVision USA will be able to further improve its high-level, rapid response to US customers and increase supply to international customers – either directly or through government-to-government initiatives – while creating dozens of local job opportunities.

“We are very excited that our new Production and Training Center will be located in the Commonwealth of Virginia,” says Jim Truxel, Chief Executive Officer of UVision USA Corporation. “It is another step in the expansion of UVision USA support and deepening of the commitment to our customers in the US. Situated within a short commuter drive from Richmond, Fredericksburg, Manassas and Arlington, Stafford County gives us access to a large pool of quality talent, aligning with our strategic growth goals. UVision USA will be active in the local community, and we plan to network with the Commonwealth’s academic institutions and local businesses that can supply services and materials for the production of the HERO family of loitering munitions.”

About the HERO series: The HERO series of loitering munitions consists of eight loitering munition systems, designed for different missions at various ranges, using various types of payloads. The HERO systems are the fastest sensor-to-shooter loitering munitions, enabling front-line forces to independently locate, track and attack time-sensitive targets, with pinpoint precision. Each munition can handle different missions, ranging from lightweight static or moving targets, such as light-duty vehicles and human targets, to larger fortified or heavily-armoured targets, such as MBT (Main Battle Tank), enemy air defences and other strategic objectives. The HERO series’ unique design enables the munitions to carry out precision strikes in urban areas or remote locations, with minimal collateral damage. In cases where an attack is aborted, the systems can be recalled and another target selected, or retrieved via an on-board recovery system for a future mission. With extremely low noise and thermal signature, these systems are integrated with highly-advanced, stabilised electro-optic day/night cameras, and are ideal for deployment from air, land and naval platforms.