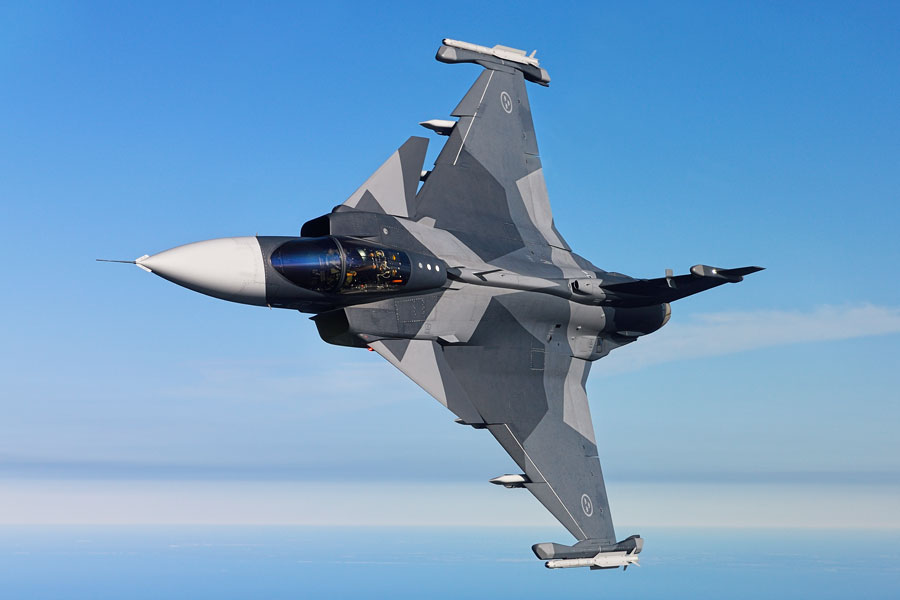 Saab has received a contract from the Swedish Defence Material Administration (FMV) regarding new equipment for the Gripen E.

Press Release, Linköping, 15 December 2021: Saab has received an order from the Swedish Defence Material Administration (FMV) regarding new equipment for Gripen E. This is a supplementary contract to the original Gripen E contract from 2013. The order value amounts to approximately SEK 1.4 billion [£116 million].

The original contract, regarding development and modification of Gripen E, signed in February 2013, was based on the terms that certain equipment from the existing Gripen C/D fleet within the Swedish Armed Forces should be reused. Instead of reusing equipment from the Gripen C/D, new equipment is acquired for a part of the total Swedish order of 60 Gripen E aircraft. This approach secures the availability of the Swedish Gripen C/D fleet in service, while Gripen E is being delivered and introduced to the Swedish Armed Forces.