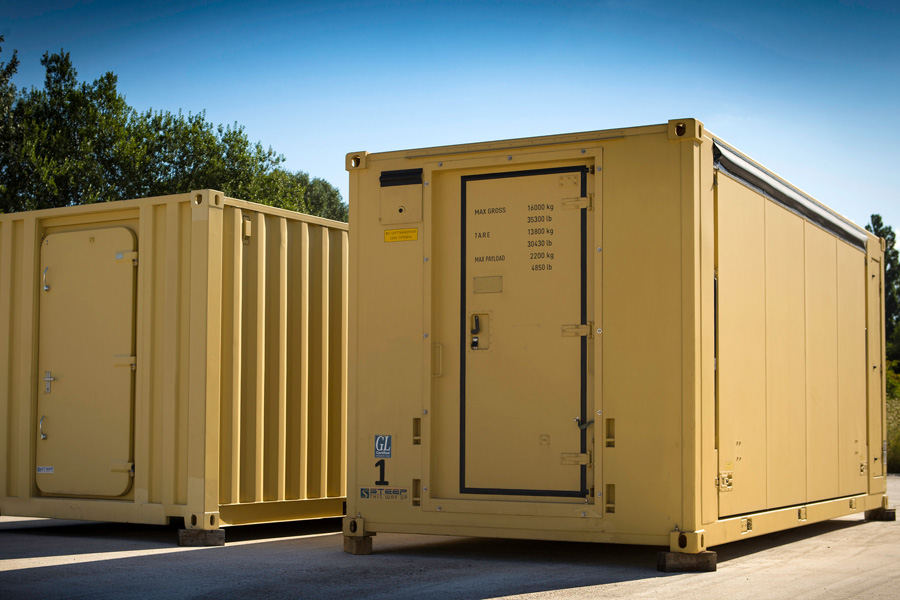 Press Release, Madrid, 13 December 2021: In close collaboration with the German company Steep, Indra will provide the German Armed Forces with a first-class transportable air traffic management system designed to facilitate rapid deployment on international missions and to respond in the event of a natural disaster or humanitarian crisis – an ‘airport to-go’ in containers for any mission.

One of the first obstacles that any armed forces encounter when intervening in remote areas of the planet is the lack of infrastructure, including the lack of well-equipped airports where the necessary aid and materials can be sent. Indra will work with its partner Steep to provide the German Armed Forces with the air traffic management capability of a major airport enclosed in a system that can be loaded into the hold of A400M military transport aircraft for rapid deployment anywhere on the planet. With this solution, the German Armed Forces gain a strategic capability that strengthens its autonomy and speed of deployment. It will be a particularly valuable capability in any international operation or NATO mission, in which a high volume of traffic from several nations generally needs to be managed.

Indra will provide two of the main elements of this airbase, including the air traffic management automation system and a new generation 2D primary military radar. The former gives controllers the tools to manage the approaches, takeoffs and landings, whereas the radar is specially designed to support countermeasures (ECCMs: Electronic Counter Counter Measures) and operate in environments contested by the enemy. The German company Steep GmbH will be responsible for the integration of all of the systems in seven modules (control tower, primary and secondary radars, approach radar, workshops, warehouses, etc.).

This technology will allow both military and civilian pilots to operate safely at night as well as during the day and in adverse weather conditions or in low visibility. With higher levels of security, the frequency and number of air movements that the airport can absorb is greater, thus speeding up deployments and the sending of aid.

Indra is a world leader in air traffic management systems and one of the world’s leading defence companies. It has supplied air traffic systems to 160 countries and is NATO’s leading supplier of mobile radars. It develops cutting-edge technologies and systems and is one of the three national coordinators for the development program for the European air defence system of the future, the NGWS/FCAS. It is also currently the second-largest supplier of avionic systems to the Eurofighter, among other aircraft.