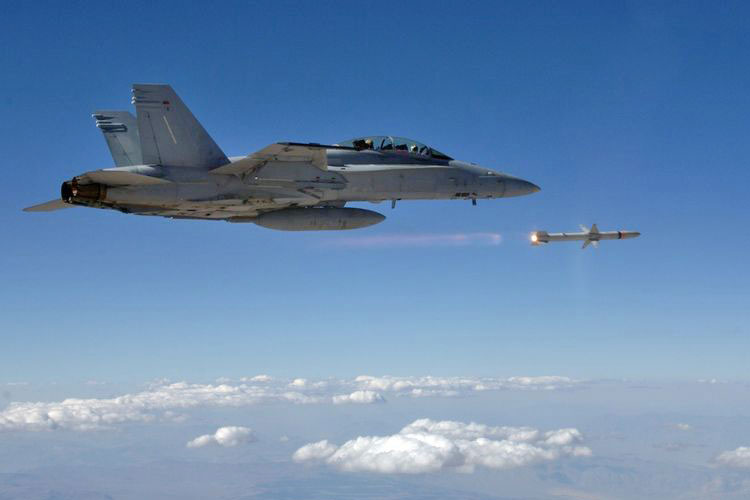 Northrop Grumman is to increase the inventory of Advanced Anti-Radiation Guided Missiles (AARGM) for the US Navy and German Air Force.

Press Release, Los Angeles, 30 November 2021: Northrop Grumman Corporation has received a $153 million dollar contract award from the US Navy for full rate production (FRP) of lots 10 and 11 of the AGM-88E2 Advanced Anti-Radiation Guided Missile (AARGM). The contract includes production of missiles for the US Navy and German Air Force.

“As threats continue to evolve, AARGM remains an affordable solution to continue protecting the US Navy and our allies with their critical missions every day,” said Gordon Turner, vice president, advanced weapons, Northrop Grumman. “The ability to detect and defeat the rapid proliferation of today’s surface-to-air-threats, while remaining out of harm’s way, is paramount to mission success.”

Northrop Grumman has produced more than 1,500 AARGM missiles for the international cooperative acquisition program with the US Navy (serving as the executive agent) and the Italian Air Force. The missile provides a supersonic, air-launched tactical missile system that upgrades legacy AGM-88 HARM systems with advanced capability to perform suppression and destruction of enemy air defence systems.

AARGM is the most advanced system for pilots against modern surface-to-air threats. Providing a combination of precision, survivability and lethality, the system is able to rapidly engage land- and sea-based air-defense threats, as well as striking, time-sensitive targets. As a prime contractor, Northrop Grumman also is developing the Advanced Anti-Radiation Guided Missile – Extended Range (AARGM-ER) in partnership with the US Navy. The AARGM-ER will include a new rocket motor and warhead to provide an advanced capability to detect and engage enemy air defence systems. AARGM is currently deployed with the US Navy and US Marine Corps on the F/A-18C/D Hornet, F/A-18E/F Super Hornet, and US Navy and Royal Australian Air Force EA-18G Growler aircraft; AARGM is also integrated on the Italian Air Force’s Tornado Electronic Combat aircraft.