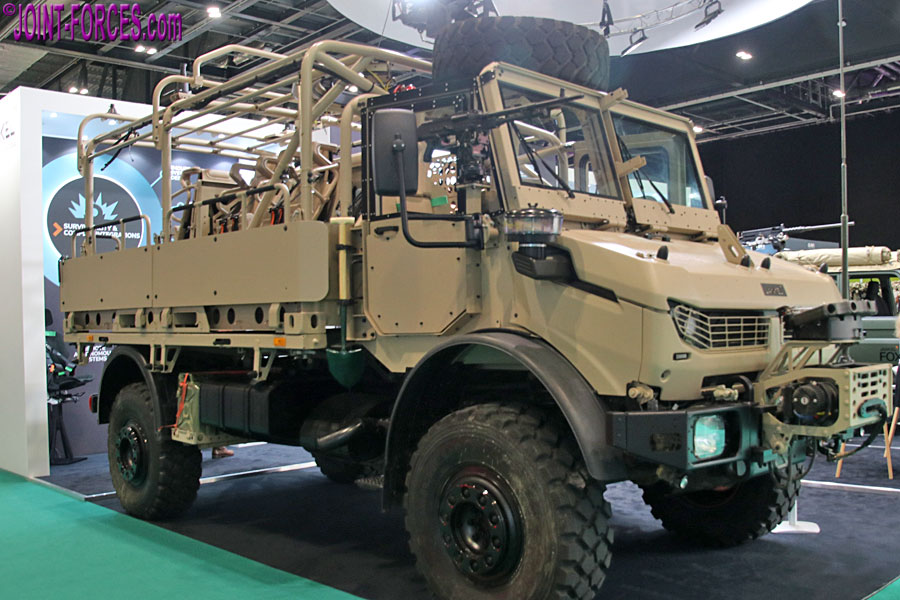 Press Release, Weybridge, 30 November 2021: Jankel, a world-leader in the design and manufacture of high-specification vehicle conversions and protection solutions to defence, security and NGO Customers worldwide, has successfully passed the Belgium MoD’s (BeMoD) Preliminary Technical Acceptance (PTA) project milestone with their new Light Tactical Transport Vehicle (LTTV) and is now entering into high volume production. The LTTV programme will deliver 199 of the Mercedes UNIMOG-based vehicles to the BeMoD.

The PTA milestone provides sign-off of the first of type vehicles against the contracted requirements, allowing commencement of the full production programme. Included in the PTA review is the quality plan for production, proof of compliance with European legislation, and an in-depth technical compliance review against the detailed customer requirement documents. Now PTA has been achieved, Jankel will commence the full production programme that will deliver 199 vehicles across the first quarters of 2022. In order to deliver this programme, Jankel has established a dedicated and state-of-the-art production capability based in the Midlands that was the subject of a company announcement in September 2021.

The LTTV order follows the earlier production contract to supply the BeMoD with over 100 FOX Rapid Reaction Vehicles (RRV), based on a modified COTS Toyota chassis system. Unveiled at DSEI in September 2019 and also displayed at DSEI in September 2021, Jankel’s LTTV is designed to provide a modular and configurable tactical support vehicle that benefits from unique, removable mission modules that enable the vehicle to be re-roled rapidly for operational platform versatility. With a payload of over 3 tonnes, dependent on the final vehicle specification, the LTTV has 3 core variants for Special Operations support, including an ambulance variant. Alongside a user-configurable, fully integrated suite of military sub-systems that includes a removable ballistic protection kit, a Roll-Over-Protection-System (ROPS), weapon mounts and communications fit, the platform will provide full interoperability with the Fox fleet of tactical vehicles.

The LTTV’s versatility already promises to be a world-leader, literally able to plug and play between rear bed configurations. Combining the strengths of a trusted and highly capable OEM platform with militarised and mission specific tactical enhancements, Jankel’s LTTV has already attracted the attention of several other countries and is of particular interest to those already operating with the Mercedes Benz UNIMOG platform.

Andrew Jankel, Chairman at Jankel said: “I am very proud indeed of my team for having achieved this significant project milestone with our client, the Belgium MoD. Achieving PTA allows us to progress into a production programme that will see us delivering 199 LTTVs”. He added: “We are one of the very few UK based military vehicle manufacturers left that can offer genuine on-shore vehicle production capability right now. Of particular note is the fact that we have been working on much of this programme during a period made more difficult by the ongoing COVID-19 restrictions. It has demonstrated that there can always be a way forward and that Jankel can continue to deliver, whatever the barriers – Driving Mission Success”.