Nexter Exhibits At EDEX 2021 In Cairo 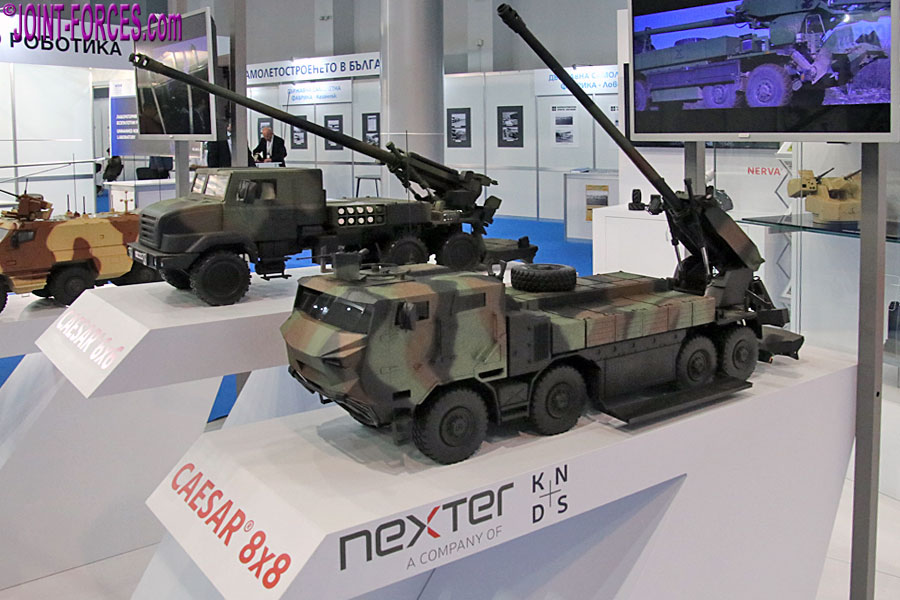 Nexter exhibits its product range at EDEX 2021 in Cairo on a joint stand with its partner in KNDS, Krauss-Maffei Wegmann (KMW).

Press Release, Versailles, 29 November 2021: From November 29 to December 2, 2021, Nexter will present its products and know-how on a joint stand with Krauss-Maffei Wegmann (KMW), its partner in KNDS, during the second edition of the EDEX exhibition in Cairo, Egypt.

The EDEX exhibition is an opportunity for the Nexter Group to promote a wide range of technological products to the Egyptian authorities and other foreign delegations. Nexter supplies the 30mm gun of the Rafale and the dedicated ammunition to the Egyptian Air Force, as well as the 20mm NARWHAL remotely operated turret to the Egyptian Navy.

In the artillery field, Nexter is presenting models of the CAESAR self-propelled gun in 6×6 and 8×8 versions. Due to its combat experience (more than 100,000 rounds fired in operations since 2009), its mobility and stealth, CAESAR enjoys an excellent reputation in the artillery field in France and internationally. Recently, Denmark, Morocco, the Czech Republic and Belgium selected it to renew their fire support capabilities.

Nexter also exhibits its ammunition range, from 20 to 155mm. In the artillery sector, Nexter is presenting 105 and 155mm conventional ammunition (shells, fuses, modular charges) and smart ammunition (BONUS, KATANA). In addition to 120mm tank ammunition (arrow and HE), the booth features medium-calibre ammunition (20, 25, 30, 40mm) as well as 76mm naval ammunition.

Nexter is also highlighting its range of medium-calibre weapons. The RapidFire, which will equip future French Navy ships, integrates the 40 CT gun that arms the new generations of armoured vehicles in France, Belgium (JAGUAR) and Great Britain (AJAX). The conventional land ammunition and the A3B (Anti-Aerial AirBurst) smart ammunition give it ground-to-air and ground-to-ground capabilities. Also, on display will be the 30-mm gun – the world’s fastest gun, firing 2,470 rounds per minute – which powers the Rafale and Tiger helicopters, as well as the NARWHAL turret already in service with the Egyptian Navy.

Finally, two armoured vehicle models are on display at the stand: the TITUS and the VBCI. First, the 6×6 TITUS armoured vehicle incorporates a Nexter ARX 20 turret. This multi-role armoured vehicle (troop transport, reconnaissance, NBC, artillery support) is adapted to the geography of the Middle East, thanks to its engine and crossing capabilities. Furthermore, it has excellent manoeuvrability and an exceptional turning radius. The VBCI T40 is a derivative of the VBCI 8×8 infantry fighting vehicle (IFV) already in service with the French army, with increased firepower. This VBCI integrates a 40 CT unmanned turret equipped with the 40 CT gun and an MMP missile launcher pod. It covers a wide range of threats: drones, aircraft, vehicles and even heavily protected targets.