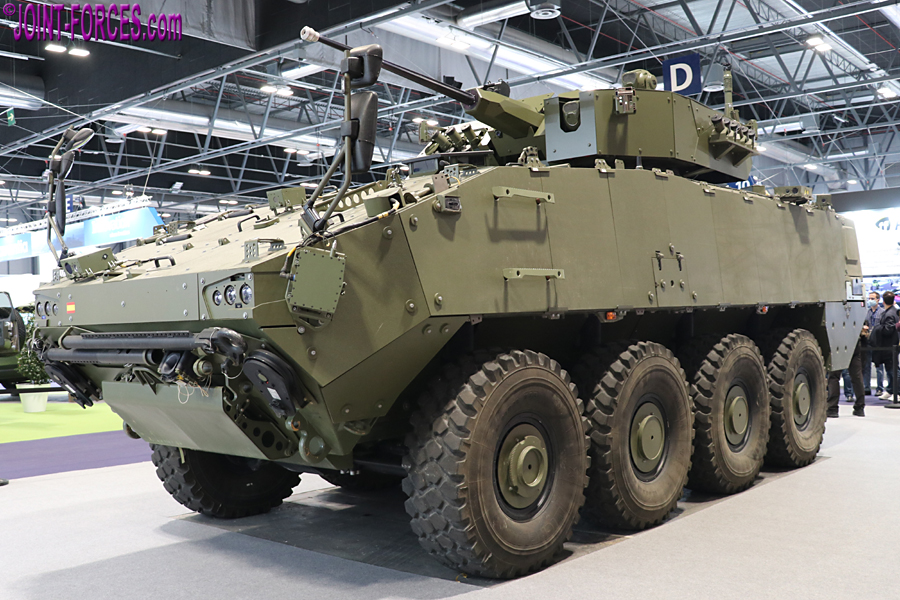 The last couple of months have seen me flapping around the part-rescheduled European defence expo circuit like a headless chicken on steroids, so I have a bit of a backlog of articles to deal with before I turn my full attention to the vehicles on this page, but hopefully this teaser (typed out at another airport departures gate) will whet your appetite. The TSD Ibero will probably be the first subject I get around to, as it also appeared at the Mercedes-Benz DVE in Austria where I snapped it out on the ground.