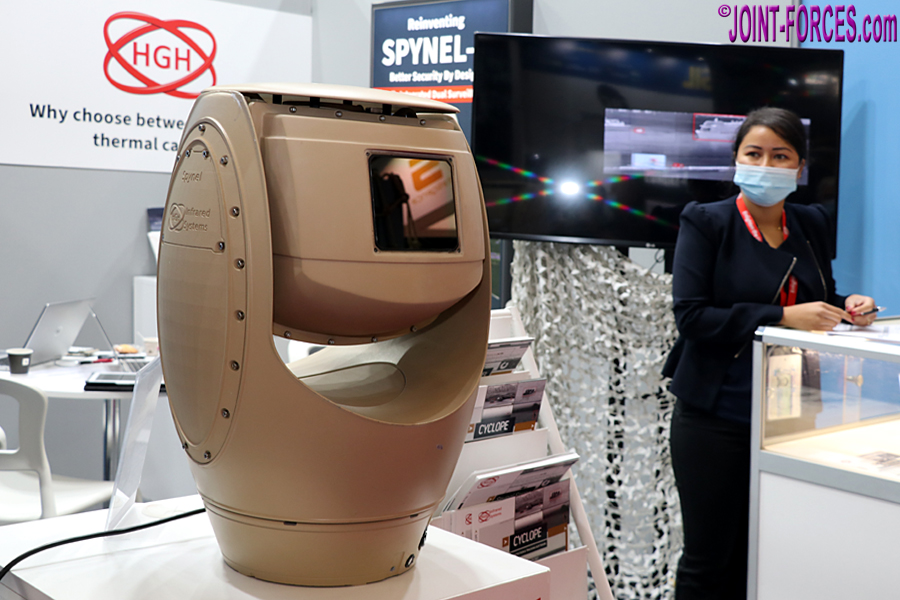 HGH signs a million-euro SPYNEL-X contract to watch and secure maritime migration routes at the border of a NATO European country.

Press Release, Paris Nord-Villepinte, October 2021: HGH is exhibiting at Milipol 2021 to showcase the latest innovations of their SPYNEL wide area surveillance solutions. The world-leader in electro-optics is taking the opportunity to announce the signing of a new million-euro contract with a NATO European country to watch the coasts and protect the border from irregular migrations, smuggling and trafficking.

A total of three SPYNEL Thermal sensors have been acquired by this European NATO country, whose coasts are regularly navigated by migrants and drug traffickers putting their lives at risk while using RHIBS and other small boats, difficult to detect by traditional security cameras. Meeting the country’s coastline security concerns, SPYNEL IR Sensors operate 24/7 in all weather conditions and have already proven their efficiency in the surveillance of several international coastal borders.

Edouard Campana, Leader in Wide Area Surveillance Product Line at HGH, commented “This contract is a new recognition of the extraordinary capabilities of our technology for maritime surveillance. Our engineers work on the continuous improvement of our solutions by developing new fusion and detection algorithms based on Artificial Intelligence in order to relieve the work of operators thanks to the automatic detection of illegal events.”

More SPYNEL-X could be acquired by this NATO country to secure the entire coastline, which spreads over a hundred kilometres.