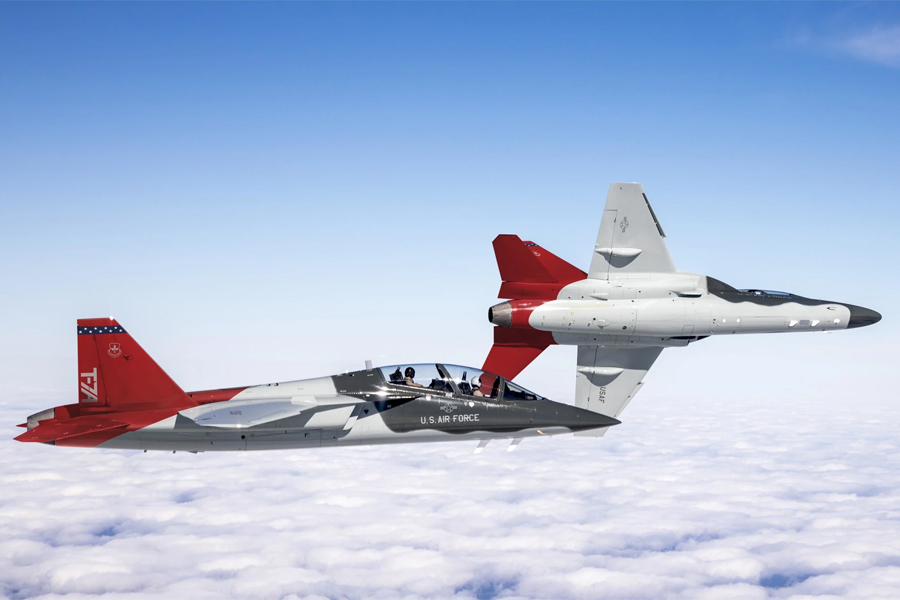 Saab celebrates US expansion with the opening of a new purpose-built airframe facility located in West Lafayette, Indiana.

Press Release, Stockholm, 13 October 2021: Saab announced the grand opening of its new facility located in West Lafayette, Indiana on October 13, 2021. This purpose-built facility represents a major step in both Saab’s global expansion strategy and growth and investment in the US

Saab announced in May 2019 that West Lafayette would be the location for its expansion in the US aerospace sector and construction of the facility began in 2020. It has been completed on-time and on-budget and will start by being the site for domestic production of Saab’s aft airframe section for the T-7A Red Hawk trainer program. It will also support research and development in autonomy, artificial intelligence and advanced manufacturing.

“This opening marks a historic moment for Saab. This high-tech facility and its growing workforce are a result of Saab’s continued investment in the United States. Just as the T-7A Red Hawk will train the next generation of fighter and bomber pilots, we look forward to welcoming and training the next generation of aerospace engineers and other skilled employees,” said President and Group CEO of Saab Micael Johansson. “As a trusted local partner, Saab is committed to investing in both our West Lafayette community and the research and development for a more sustainable world to keep people and society safe.”

“Indiana is a natural home for Saab, and it’s exciting to be here today to celebrate the opening of this fantastic facility,” said Indiana Governor Eric J. Holcomb. “Saab is putting Hoosiers to work in aerospace and defence, and that’s something we can all be proud of. I’m thrilled that Indiana and Purdue University are helping to redefine the future of aerospace with the T-7A Red Hawk program in West Lafayette,” said Eric J. Holcomb, Governor of Indiana.

By 2027, Saab expects to hire up to 300 employees for this facility, including assemblers, engineers, system administrators, and more. The West Lafayette facility will also work collaboratively with Purdue on research and development in sensor systems, artificial intelligence and more. Saab plans to export products and technology from this facility.

“We are thrilled by the internship and employment opportunities this relationship will bring to Purdue University students and alumni,” said Mitch Daniels, President of Purdue University. “It is a privilege to house the new Saab facility in Purdue’s Discovery Park District, and to collaborate with a world-renowned company like Saab in protecting the security of Americans.”

“This new facility is our seventh US location – as Saab, Inc., we’re proud to be an American-run company selling American-made products,” said Erik Smith, President and CEO of Saab, Inc. “With our deep understanding of the mission of the US military and a culture that drives us to work swiftly, efficiently and collaboratively with customers, we couldn’t be more excited about the opportunities ahead to help keep Americans safe at home and abroad.”

The T-7A Red Hawk is an all-new, advanced pilot training system designed and manufactured through a Saab-Boeing partnership for the US Air Force to train the next generation of fighter and bomber pilots. Saab’s site in West Lafayette will build an aft section with installed subsystems that extends from behind the cockpit to the end of the aircraft, and supply them to Boeing’s final assembly line in St. Louis for joining with the front section, wings, fins and tail.

The T-7A Red Hawk has been named as an ode to the Tuskegee Airmen, the first African-American military aviators in the US Army Air Corps, which eventually became the US Air Force. In World War II, these aviators frequently painted their planes with a red-tailed colour scheme, and the T-7A has been officially named the Red Hawk in their honour.