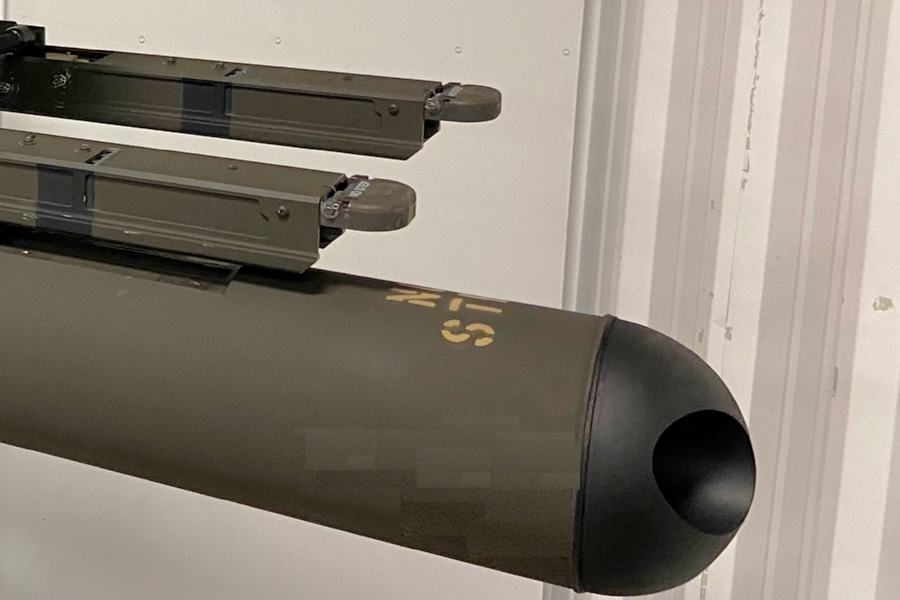 Arnold Defense will have a number of variants of their world-renowned rocket launchers on display at this year’s AUSA exhibition.

Press Release, 11 October 2021: Arnold Defense, the St. Louis based manufacturer of 2.75-inch rocket launchers, will have a number of variants of their world-renowned rocket launchers on display at this year’s Association of the United States Army (AUSA) exhibition, taking place 11-13 October 2021, in Washington DC.

Arnold Defense will be showcasing three rocket launcher systems at the event. The LAND-LGR4 ‘FLETCHER’ land-based launcher will be displayed in the Kongsberg booth (2147) mounted on their Protector RWS. The 23-round MLHS will be displayed in the BAE Systems booth (1210/1220) mounted on a ‘common deck’ platform from MSI Defense Solutions. Being shown in public for the first time is a prototype concept demonstrator 3-round air launcher named the ‘Trident’ which can be seen in the Moog booth (7601) mounted on their Lightweight Dual Rail Launcher (DRL). The new Trident launcher is in development, but following a planned future test programme, it is expected to deliver the following capability benefits: utilises existing missile launcher interface for mounting and system control of Laser Guided Rockets (LGRs); significant weight saving over other launcher variants; no software changes to existing Fire Control required; Modular Open Systems Approach (MOSA) adaptation for digital control of analogue rockets (Moog Trident Interface Unit- TIU); common missile interface across multiple platforms for maximum LGR strike capability; each Trident carries up to three (3) LGRs, providing a lethal weapons load of guided rockets.

Arnold Defense is the world’s largest supplier of rocket launchers for military aircraft, vessels and vehicles; they have manufactured more than 1.2 million 2.75-inch (70mm) rocket launchers since 1961 for the US Armed Forces and a number of NATO customers. They design and manufacture rocket launchers that can be customised for any size, weight, capacity, or form factor for platforms in the air, on the ground or at sea.

Arnold’s core products include the 7-round M260 and 19-round M261 commonly used by US Army helicopters; the thermal coated 7-round LAU-68 variants and LAU-61 Digital Rocket Launcher used by the US Navy; and the 7-round LAU-131 and SUU-25 flare dispenser used by the US Air Force. For land or sea-based operations, Arnold offers the FLETCHER, a 4-round laser target designated rocket launcher and the MLHS 23-round launcher. Arnold Defense first launched the revolutionary FLETCHER system at DSEI in 2017 and announced a new capability development programme for FLETCHER at DSEI in September 2021.

Doug Wallace, President at Arnold Defense said: “We’re pleased to be displaying a number of variants of our air and land-based launchers at AUSA, working in collaboration with our partners BAE Systems, Kongsberg, Moog and MSI Defense Solutions.” He added: “being seen for the first time is our prototype ‘Trident’ 3-round air launcher that is currently in development, aiming to deliver significant capability enhancements to the warfighter”.

70mm, Arnold Defense, AUSA 2021, Featured, Trident 3-round Launcher
You may also like