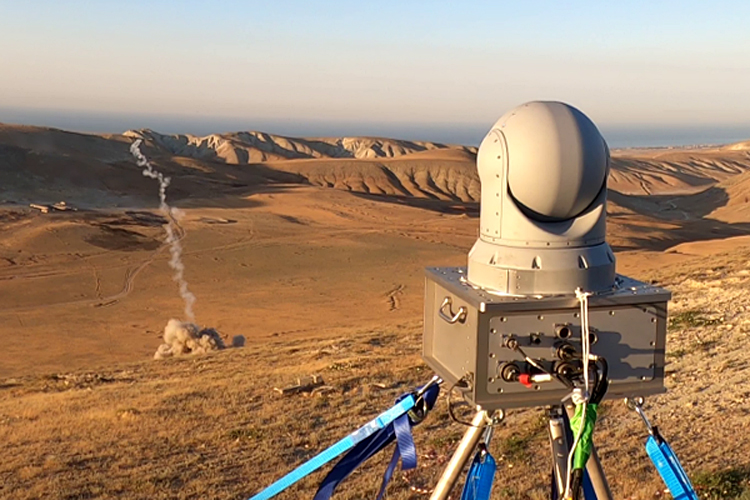 BIRD Aerosystems has successfully concluded a SPREOS live firing demonstration against different types of MANPADS and defeated all of them.

Press Release, October 2021: BIRD Aerosystems, a global provider of innovative defence technology and solutions that protect the air, sea, and land fleets of governments and related agencies, has conducted a live firing demonstration of SPREOS DIRCM protection against diverse MANPADS, proving to defeat 100% of the missiles.

As part of the demonstration that was conducted according to a specific customer request, the company set up a complete test range that included a command & control room, a shooting post, and a simulated aircraft installed with BIRD’s AMPS-MD system including the SPREOS DIRCM. During the demonstration, MANPADS (Man-portable air-defence systems) from different types, including the most advanced ones available today, were shot at the simulated aircraft. The AMPS detection sensors identified the missiles and alerted the MCDU mission computer, which activated the SPREOS DIRCM. SPREOS then rotated towards the threat and conducted threat confirmation & tracking followed by the deployment of the dual-band countermeasure laser, causing all missiles to miss the simulated aircraft.

Targeting the challenging scenarios of short-range shoots, BIRD’s patented SPREOS DIRCM was activated upon a pre-alarm signal, which caused the SPREOS to rotate toward the threat and activate its Semi-Active Doppler Radar to interrogate and confirm the incoming threat, ensuring a zero False Alarm Rate.

Concurrently, the Doppler radar also provided unique information on the incoming threat such as its Radar Cross Section (RCS), Distance, and Velocity, enabling a real-time assessment of the threat’s nature and automatic calculation of the “Time-to-Impact”, a vital indication that was used by the AMPS system to ensure optimal protection tailored to defeat each specific threat that was fired on the aircraft.

Ronen Factor, Co-Chief Executive Officer and Founder at BIRD Aerosystems: “We are proud to demonstrate BIRD’s SPREOS DIRCM unique capabilities under operational conditions. Our unique and patented concept of using a Doppler radar to confirm and track the threat that was introduced to the market by BIRD has proved itself – as the SPREOS defeated 100% of the missiles, demonstrating its efficiency and the strong operational added value it brings to our customers.”

BIRD Aerosystems, Featured, Live-Fire, SPREOS
You may also like