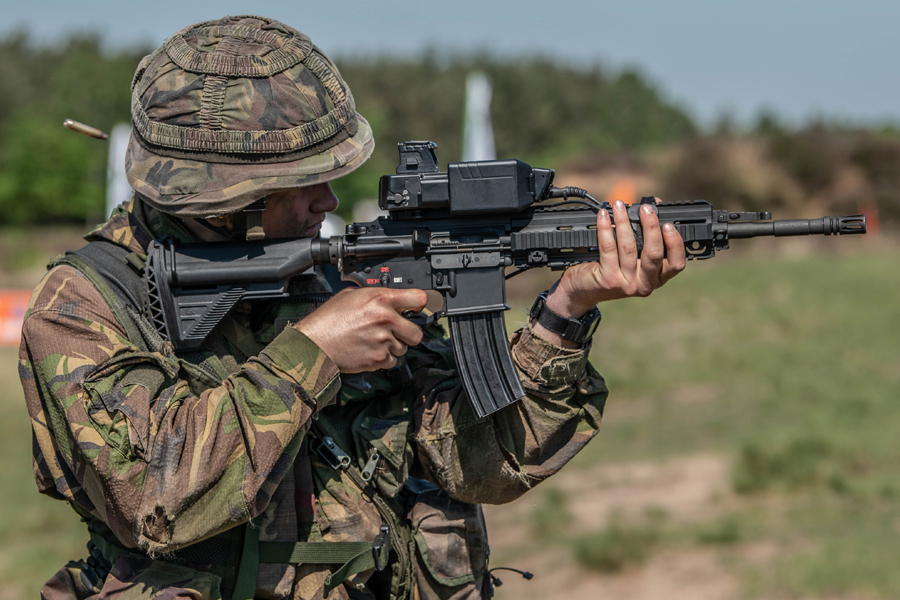 SMART SHOOTER is to present its SMASH Fire Control Systems and announce a new contract with the US Marine Corps at AUSA 2021.

Press Release, Yagur, 04 October 2021: SMART SHOOTER, a world-class designer, developer, and manufacturer of innovative fire control systems that significantly increase the accuracy and lethality of small arms, will present its SMASH family of solutions at the AUSA Exhibition in Washington DC, USA. Towards the exhibition, the company announces that the United States Marine Corps Warfighting Laboratory, through its Rapid Capabilities Office (MCRCO), has recently purchased several SMASH 2000 systems for Test & Evaluation. The systems will be delivered this Fall.

The company has also signed a cooperative research & development agreement with US Naval Surface Warfare Center, Crane Division (NSWC Crane). Under this agreement, the US Navy will evaluate the use of SMASH technology on ships and vessels for Counter-UAS purposes. This collaboration aims to perform joint integration and evaluation of Smart Shooter’s technology with weapons and ammunition currently supporting the US Navy’s mission. With an increased hit probability for small unmanned aerial systems (sUAS) and increased engagement range, Smart Shooter’s SMASH technology has demonstrated the potential to increase the Navy’s ability to engage sUAS at the individual level – using existing weapons and ammunition in inventory.

Michal Mor, SMART SHOOTER CEO: We are honoured to announce that the US Marine Corps Warfighting Laboratory and NSWC Crane have chosen our technology to better protect against the ever-growing drone threat at land and sea. Featuring built-in targeting algorithms that can track and hit even very small drones, SMASH fire control systems put a precision anti-drone capability at the fingertips of its users, and we are happy to present our innovative solutions at the AUSA exhibition.”

SMASH Fire Control System (FCS) is an external add-on solution that can be integrated into any type of military rifle. Once the user identifies the target (independently or using the detection system guidance) and locks on it, SMASH tracks its movements and synchronizes the shot release to assure a fast and precise hit on the target. SMASH can be operated as a stand-alone solution as well as combined with other systems to provide an effective multi-layer defence solution.

Smart Shooter will present the SMASH 2000 as well as the SMASH Hopper Remote-Controlled Weapon Station (RCWS) and other members of the SMASH family of FCS at the AUSA exhibition.