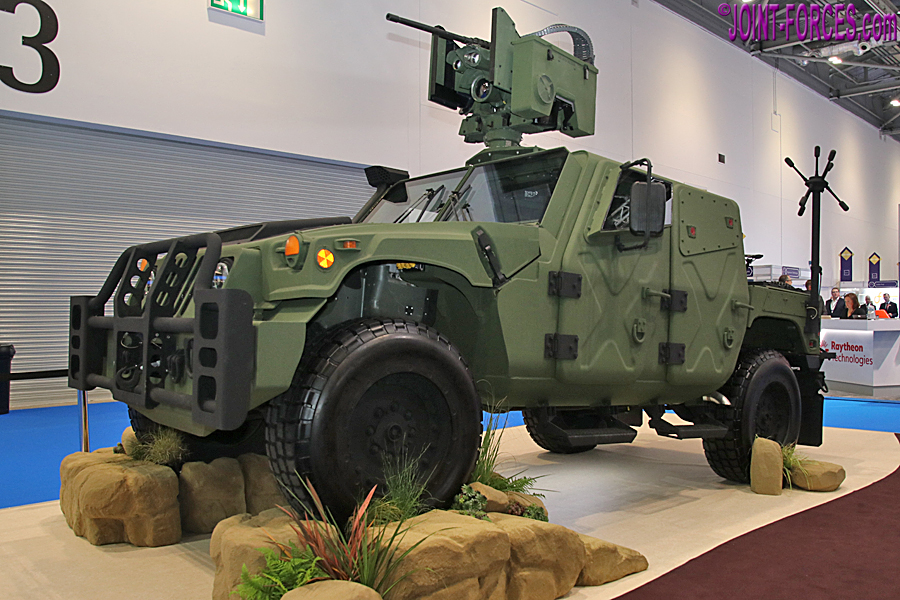 AM General recently showcased the European début of the HUMVEE NXT 360 light tactical vehicle at the DSEI 2021 expo in London.

In a media release coinciding with the launch, the company stated that through continuous improvement it has achieved leap-ahead technology in a redesigned vehicle that offers an MRAP (Mine-Resistant Ambush Protected) level of protection in a truly agile light tactical vehicle.

“We are very excited to exhibit, in-person, at DSEI 2021,” said Nguyen Trinh, AM General Executive Vice President of International Defense. “After an extremely difficult year, it will be great to speak with customers directly and showcase our latest products, like the NXT 360 which has a truly innovative design that disrupts the perceptions of survivability in light tactical truck.”

The release stated that the NXT 360, first seen outside of the USA at the IDEX expo in Abu Dhabi in February, leverages the existing HUMVEE platform and includes additional enhancements like a long travel suspension, a more powerful engine, and higher foot pounds of torque that make this vehicle rugged and nimble at the same time. The NXT 360, a Next Generation vehicle offering 360° protection – is said to have the same versatility to accommodate multiple mission requirements as the original HUMVEE (the High Mobility Multipurpose Wheeled Vehicle or HMMWV) family with seating for two, four or six personnel along with mission equipment.

The HUMVEE NXT 360 on display at DSEI featured a Kongsberg Remote Weapons Station (RWS) and Raytheon BBN Boomerang Gunshot Detection System as an example of the vehicle’s ability to integrate various types of weapon and protection systems. This concept integration provides an increased level of protection by “offering Boomerang’s best-in-class shooter detection capability and the NXT 360’s superior handling to avoid harm and respond to hostile fire”.

From a Survivability perspective, the NXT 360 offers: 360° kinetic energy threat protection; under-vehicle blast threat protection for front and rear wheels and centre undercarriage; blast seats, floating floor and transparent armour; and optional bolt-on armour for a higher level of kinetic energy protection. For off road mobility it is said to give exceptional speed, mobility and agility across any rugged terrain in all weather conditions and the slightly heavier (7,030kg GVW) NXT 360 ES variant includes long travel suspension for increased manoeuvrability over the toughest of terrains. The NXT 360 chassis is based on proven HUMVEE light tactical vehicle configuration for maximum commonality, simplified maintenance, and streamlined fleet sustainment.

The 6,396 kg GVW vehicle is powered by a 6.5-litre 205hp V8 turbocharged diesel engine through a four-speed (six-speed for ES variant) electronically controlled transmission and two-speed transfer box. Range is said to be 402 km or 250 miles, but no top speed is quoted on the spec sheet. Ground clearance is 437mm, angles of approach and departure are 48° and 37° respectively, ramp breakover is 25°, 60% gradient and 30% side slope can be tackled, as can a 305mm vertical obstacle. Length, width and height have not been disclosed.