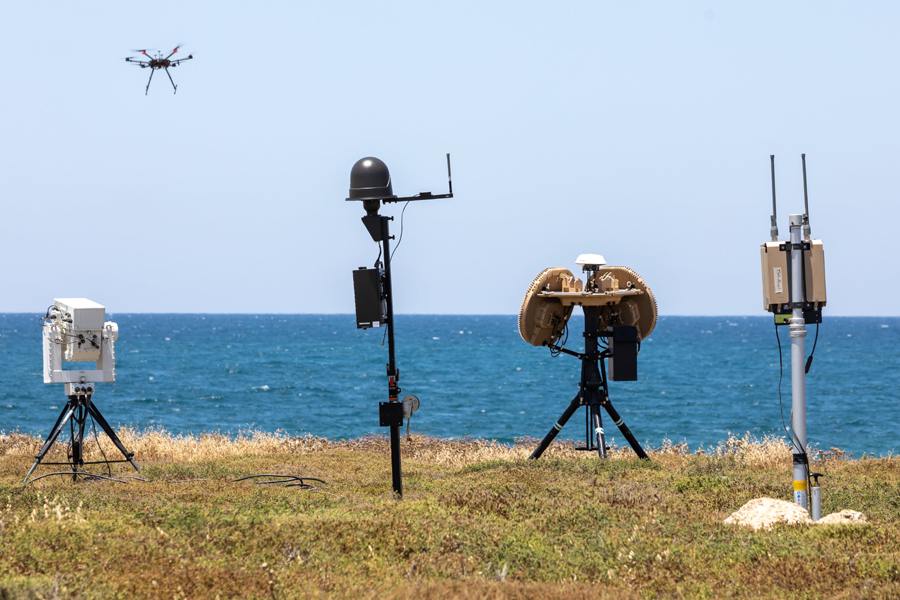 Approved for Release: The UK Ministry of Defence employed Rafael’s DRONE DOME to defend the G7 Summit from drone and UAV threats.

Three years ago, Britain’s Defence Ministry purchased several DRONE DOME systems which it has successfully employed in a multitude of operational scenarios, including for protecting both the physical site and participants of this year’s G7 summit.

DRONE DOME’s advanced technology allows it to effectively address drone and UAV threats through detection, identification, and neutralisation. When DRONE DOME identifies a threat, it allocates the target to the laser, locks onto the target, tracks it, and carries out either a soft or hard-kill with its unique, integrated laser technology. This laser system operates reliably in any weather condition, and results in minimal environmental damage.

Additionally, DRONE DOME’s artificial intelligence capabilities, along with the advanced laser and sensor systems, provide a more precise picture of the incoming threat. This additional information allows the system both to detect and identify specific threat elements more accurately and engage and neutralise the target faster and more efficiently.

Meir Ben Shaya, Rafael EVP for Marketing and Business Development of Air Defence Systems: “Rafael today recognises two new and key trends in the field of counter-UAVs, both of which DRONE DOME can successfully defend against. The first trend is the number of drones employed during an attack, and the operational need to have the ability counter multiple, simultaneous attacks; this is a significant, practical challenge that any successful system must be able to overcome. The second trend is the type of tool being employed. Previously, air defence systems were developed to seek out conventional aircraft, large unmanned aerial vehicles, and missile, but today these defence systems must also tackle smaller, slower, low-flying threats which are becoming more and more autonomous. Today’s threats pose a significant challenge for SIGNT and radar systems which are predominantly built to seek larger, more conventional targets. These new threats require hard-kill solutions, which is precisely why Rafael developed its laser interception system now integrated into DRONE DOME.”

The use of the DRONE DOME at the G7 summit is a testament to the system’s success and satisfaction of its users around the world, including the British Ministry of Defence. Operational, combat-proven, and highly reliable, DRONE DOME has proven itself time and again in real, operational environments.