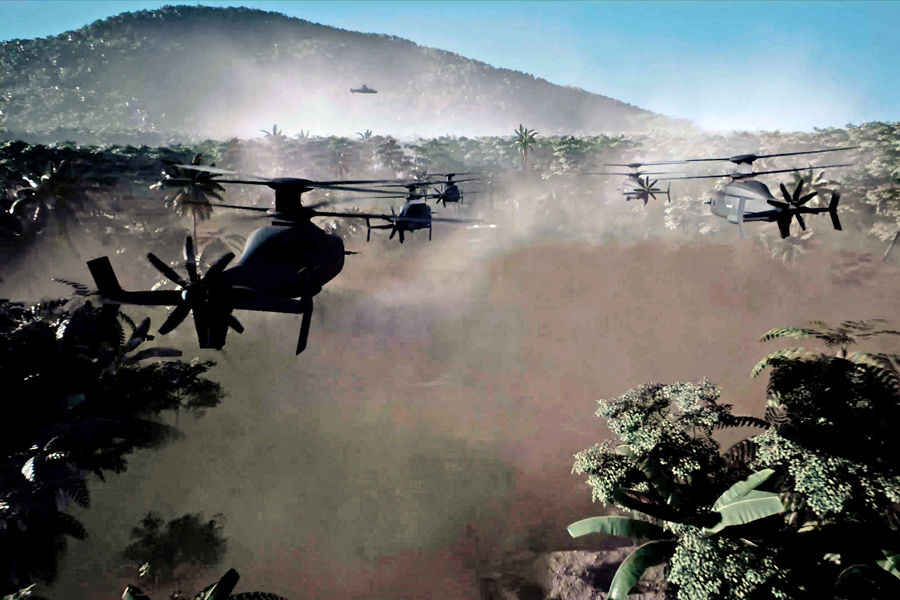 Press Release, West Palm Beach, 07 September 2021: Today the Sikorsky-Boeing team released the following statement on the early submittal of the proposal for DEFIANT X for the US Army’s Future Long-Range Assault Aircraft (FLRAA).

“Continuing a 75-year partnership with the US Army, providing and sustaining the iconic BLACK HAWK, Chinook and Apache, the Sikorsky-Boeing team looks to the future with the Future Long-Range Assault Aircraft – DEFIANT X. Today, Team DEFIANT completed and submitted the proposal for the US Army’s FLRAA competition, offering low-risk, transformational capability that delivers on an Army critical modernisation priority and advances the future of Army aviation. DEFIANT X delivers speed where it matters, survivability, unsurpassed power, manoeuvrability, superior handling in any environment and lower lifecycle costs – while operating in the same footprint as the BLACK HAWK. We are confident that DEFIANT X, supported by our long-standing Army industrial base suppliers, is the best choice for delivering overmatch on the Multi-Domain Operational battlefield in INDOPACOM and across the globe.”