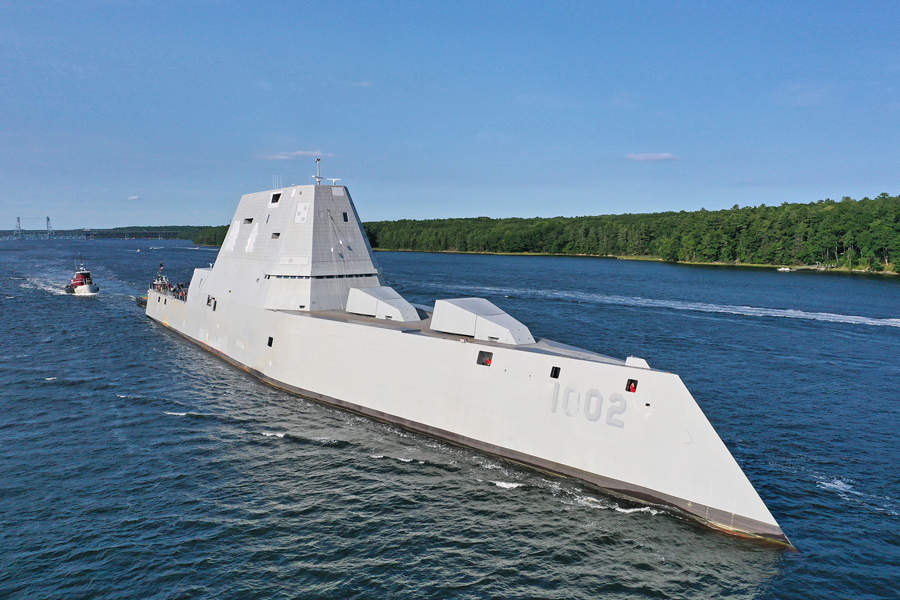 “During the five-day trial, the BIW-Industry-Navy team successfully demonstrated the operational capabilities of all hull, mechanical and electrical systems,” said Edward Kenyon, BIW Program Manager. “Throughout the trial, the ship and trials team performed well.”

“This is an important day for Bath Iron Works,” said President Dirk Lesko. “The success of this trial moves us closer to delivering this ship and returning our focus to increasing the pace of DDG 51 construction. Achieving this milestone is the result of tireless effort on the part of the BIW-Industry-Navy team who have our gratitude for a job well done.”

DDG 1002 is named for President Lyndon B. Johnson, whose achievements while president included the Civil Rights Act, the Voting Rights Act, Medicare and Head Start as well as strong support for the U.S. space programme and its Apollo missions. The DDG 1000 class features a hull designed to create a low radar profile, an integrated power system and a total ship computing environment infrastructure.