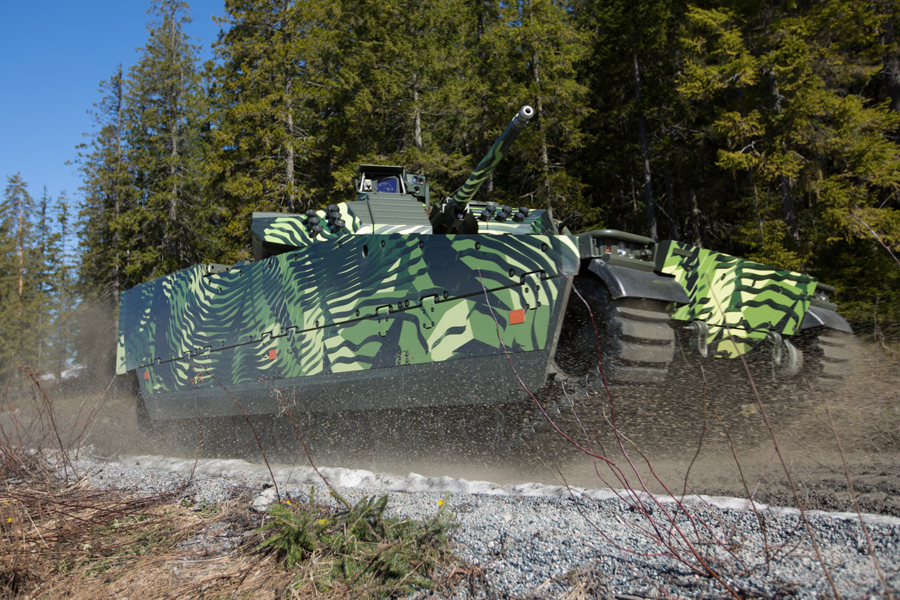 BAE Systems Hägglunds is offering the advanced, combat-proven CV90 to the Czech Army in partnership with VOP as a BMP II replacement.

Press Release, Örnsköldsvik, 02 September 2021: BAE Systems has confirmed its bid submission to provide the combat-proven CV90 to the Czech Ministry of Defence for the BMP II Replacement Programme. In partnership with state-owned defence integrator VOP CZ s.p., the team’s offer will ensure the production and delivery of the CV90 Mk IV Infantry Fighting Vehicle on schedule and to budget, as well as support the sovereignty of the Czech Army and Czech industry in the service and future development of the vehicle.

BAE Systems Hägglunds, the manufacturer of the CV90, has delivered multiple CV90 export programmes to European customers. The team’s highly successful and proven industrial cooperation approach is closely aligned to the Czech Republic’s industrial aspirations, including the co-development and delivery of tracked combat vehicles with VOP CZ s.p.. BAE Systems also has arrangements with more than 30 state- and privately-owned companies, as well as ongoing and planned future collaboration with Czech Academia including the Czech Technical University in Prague (CTU).

“We are confident that the advanced capabilities of the offered CV90 Mk IV is the best choice for the Czech Army, to protect its soldiers and secure the future of its nation’s defence forces as well its defence industry,” said Tommy Gustafsson-Rask, managing director of BAE Systems Hägglunds. “BAE Systems’ successful industrial cooperation goes beyond the mechanical assembly of the vehicle or the creation of new factories. Our offering is based on Czech defence industries playing a high-value and strategic role in the development, production, training, and support of the vehicle and all its variants.”

The CV90 Mk IV offer also includes the most recent turret configuration designed to provide increased capabilities through the integration of the latest generation of sensors and active survivability systems, added weapon capabilities, and enhanced crew and squad ergonomics. Built on combat-proven experience and data analysis from the CV90’s seven existing users, the improved CV90 Mk IV turret also reduces cognitive load on crews through greater use of A.I. to meet the growing needs of the modern battlefield.

“We believe our strategic relationship with VOP CZ s.p., combined with the modern, combat-proven CV90 Mk IV, is the right formula for a successful programme in the Czech Republic,” concluded Gustafsson-Rask.

The CV90 is in operation with seven nations: Denmark, Estonia, Finland, Norway, Sweden, Switzerland, and the Netherlands. With close to 1,300 CV90s of numerous variants in service, the vehicle has a combat-proven track record and is designed to accommodate future growth to meet evolving missions.