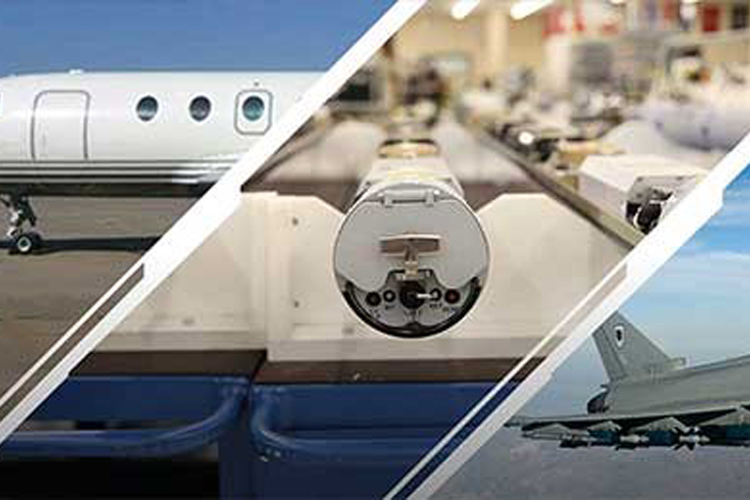 The Leonardo DRS Airborne & Intelligence Systems business is partnered with Collins Aerospace to deliver the next-generation air combat training systems for use by Draken in support of the United Kingdom Ministry of Defence (MoD). The system is a Joint Secure Air Combat Training System (JSAS) for use with Draken’s Falcon 20 fleet.

“We are proud to be a provider of trusted air combat training systems for our close coalition partner which will give Draken the ability to improve the operational training offered to the front line of the United Kingdom’s fighting forces,” said Larry Ezell, Senior Vice President General Manager of the Leonardo DRS Airborne & Intelligence Systems business. “This is an opportunity to demonstrate the continued support and cutting-edge technology that we and our partners are bringing to coalition partners,” he said.

This type of system is already in use by the US Air Force and US Navy for training and analysis, and is expected to be cleared for use on the Falcon 20 fleet in the early summer of 2021. As part of Draken’s current operational readiness training contract with the MoD, JSAS will make near real time combat training information available to be viewed on the ground and be ready for debrief immediately after landing. This interoperability is made possible by the Multiple Independent Levels of Security (MILS) architecture that ensures classified data is protected while shared across platforms with the same security levels.

JSAS, a variant of the Leonardo DRS next-generation Tactical Combat Training System – Increment II (TCTS II) also produced by Collins Aerospace and Leonardo DRS, will enable fully encrypted interoperability with all coalition platforms from the legacy P5 as well as the future P6 air combat manoeuvring instrumentation (ACMI) waveforms. These training systems are designed to address emerging needs for our customers as global threats evolve. The JSAS pod capability is part of the Leonardo DRS advanced sensor technology portfolio which has an extensive installed base across the US military and international customers.

Under this contract, Leonardo DRS will manufacture select portions of the JSAS pods and will also perform the pods’ final assembly and acceptance testing to include aircraft integration and weapons simulations. Work will be performed at the Airborne & Intelligence Systems facility located in Fort Walton Beach, Florida.