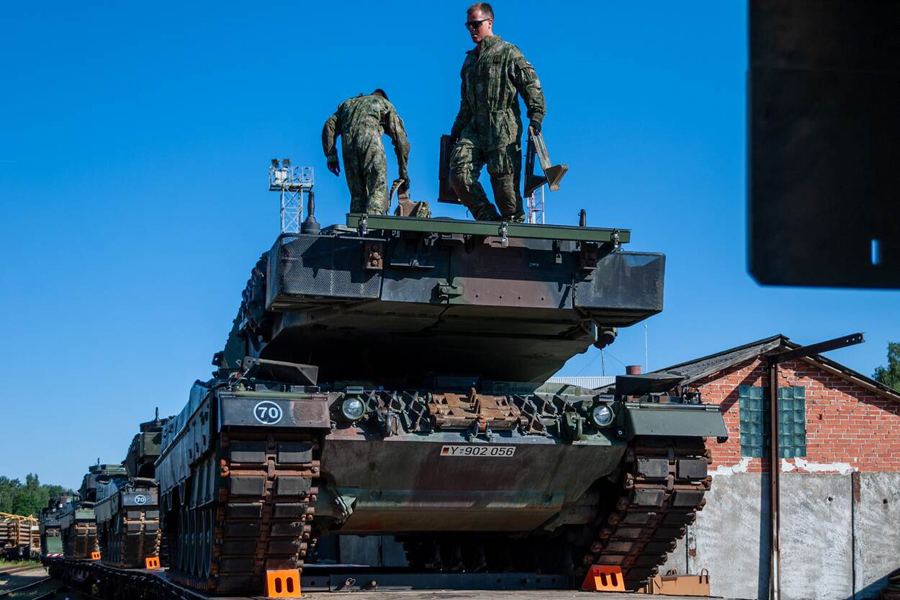 The Royal Netherlands Army has deployed Leopard 2A6 main battle tanks tanks abroad, for the first time in 20 years, to Lithuania on eFP duties.

Press Release, The Hague, 04 August 2021: The Netherlands Armed Forces has deployed tanks abroad for the first time in 20 years. The Dutch Leopard 2A6 battle tanks have arrived in Lithuania and will be contributing to NATO’s enhanced Forward Presence (eFP).

The Leopards are part of a Dutch combat team, together with infanteers, engineers and medics. The vast majority of the military personnel deployed was provided by 43 Mechanised Brigade, based in Havelte. CV90 combat vehicles, Boxers, Fennek reconnaissance vehicles and the Buffel armoured recovery vehicle are also deployed.

“This is the most heavily equipped eFP battlegroup to date. A small step for this battlegroup, but a big step for the Royal Netherlands Army”, said the commander of the Dutch troops in Lithuania, Lieutenant Colonel De Borst.