Redback IFV To Be Tested By ROK Army 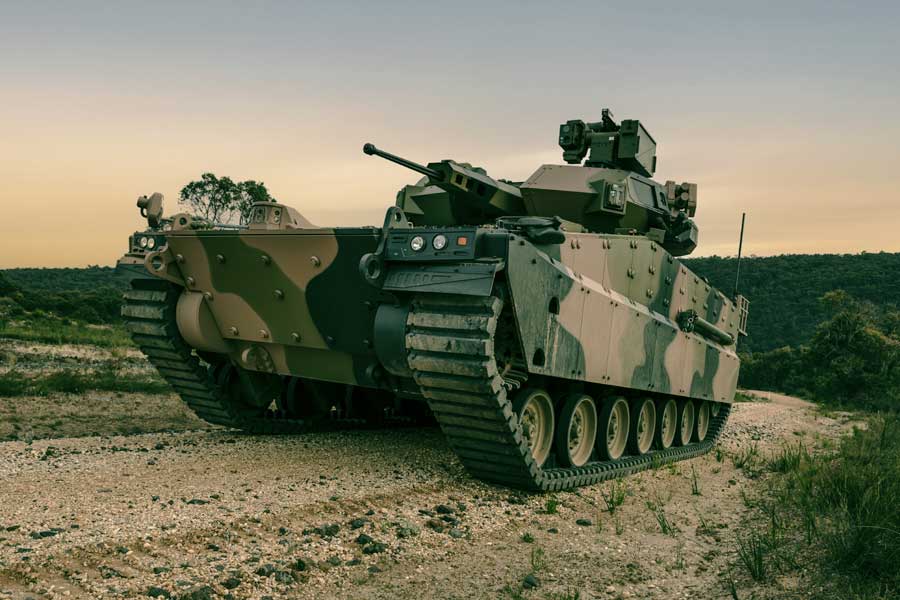 The Republic of Korea (ROK) Army is scheduled to trial the Hanwha Defense Redback Infantry Fighting Vehicle (IFV) next year.

Press Release, 01 July 2021: The Republic of Korea (ROK) Army is scheduled to trial the Redback Infantry Fighting Vehicle (IFV) next year. The Defense Acquisition Program Administration (DAPA), South Korea’s arms procurement agency, has made that decision as part of its efforts to assess the detailed capabilities of up-to-date weapons systems available for overseas sales.

Built by Hanwha Defense Australia, the Redback is a 5th Generation IFV and was designed specifically to meet the demanding requirements of Australia’s Land 400 Phase 3 project, which is an $18 billion to $27 billion programme tasked to acquire up to 450 Infantry Fighting Vehicles in place of for the Australian Army’s M113 armoured personnel carriers. The Redback was shortlisted in 2019 as one of the final two contenders for the Land 400 Phase 3. Three Redback vehicles were delivered to the Commonwealth earlier this year to undergo test and evaluation under the Risk Mitigation Activity (RMA) that concludes in October.

According to the DAPA, the trials in South Korea will be conducted by a mechanised unit of the ROK Army throughout April to June 2022. The trial sessions will include driving tests both on paved and unpaved roads, tactical field trainings. For the ROK Army trials, one of the three RMA vehicles will be handed over to the mechanized unit following Australian tests and evaluations.

The ROK Army currently operates K21 IFVs with a plan to order more, while the service is seeking to deploy next-generation IFVs meeting its operational requirements in the long-term. The ROK Army’s interest has been aroused by the Redback’s strong progress with systems integration including recent successful demonstration of the Iron Fist Active Protection System and test firing of the SPIKE LR-2 Anti-Tank Guide Missile from a Redback vehicle.

ROK military personnel are expected to see first-hand the performance of Iron Vision and the composite rubber track used on the Redback. Iron Vision effectively allows the crew to see through the vehicle’s armour by projecting the image outside the vehicle onto their helmet-mounted displays. Redback’s rubber tracks reduce noise and vibration while offering superior ride quality for its crews and the soldiers it protects.

Hanwha Defense has ambitions for IFV programmes outside Australia and is actively pursuing opportunities in the US and Europe. The ROK Army’s interest to the Redback and Hanwha’s global IFV ambitions could create export opportunities for Australian Industry given the importance of secondary supply chain security for South Korea.