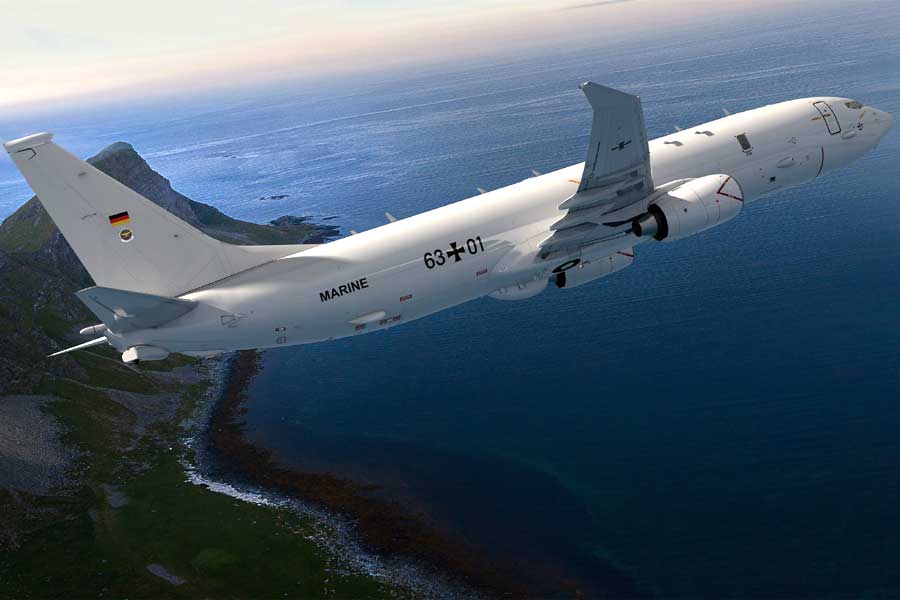 The German MoD today signed a letter of offer and acceptance for five Boeing P-8A Poseidon aircraft under the US Foreign Military Sales process.

“Boeing is honoured to provide Germany with the world’s most capable maritime surveillance aircraft,” said Michael Hostetter, Boeing Defense, Space & Security vice president in Germany. “We will continue to work with the US government, the German government and industry to establish a robust sustainment package that will ensure the German Navy’s P-8A fleet is mission ready.”

The P-8A Poseidon offers unique multimission capability and is the only aircraft in service and in production that meets the full range of maritime challenges faced by European nations. Deployed around the world with more than 130 aircraft in service, and over 300,000 collective flight hours, the P-8A is vital for global anti-submarine warfare, intelligence, surveillance and reconnaissance and search-and-rescue operations.

“Bringing this capability to Germany is not possible without the contributions of German industry,” said Dr. Michael Haidinger, president of Boeing Germany, Central & Eastern Europe, Benelux and the Nordics. “With the P-8A, we will expand our collaboration with German companies, create new jobs and contribute to long-term local economic growth.”

As a leading global aerospace company, Boeing develops, manufactures and services commercial airplanes, defence products and space systems for customers in more than 150 countries. As a top US exporter, the company leverages the talents of a global supplier base to advance economic opportunity, sustainability and community impact. Boeing’s diverse team is committed to innovating for the future and living the company’s core values of safety, quality and integrity.