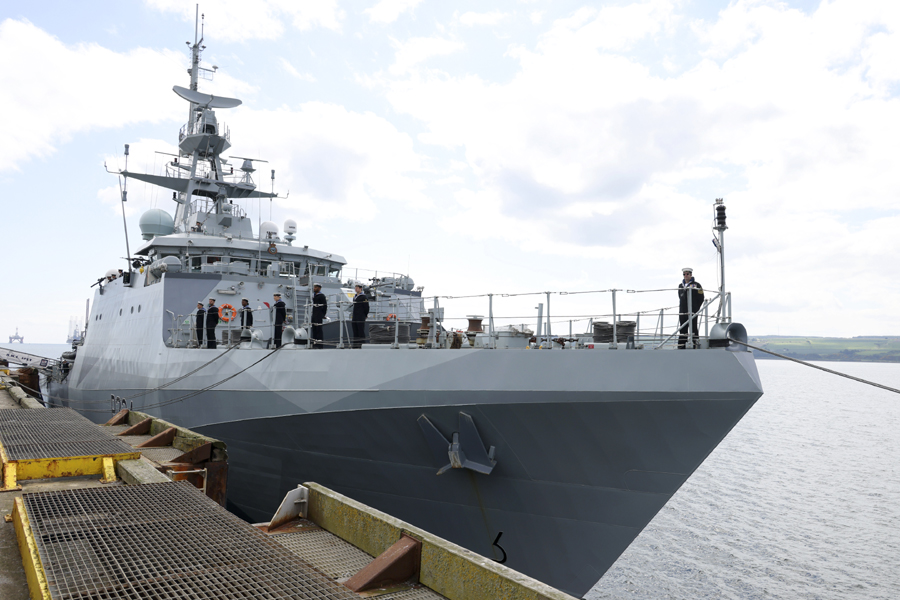 Royal Navy Offshore Patrol Vessel HMS Spey was commissioned into the Fleet today during a ceremony alongside the town of Invergordon.

Royal Navy Media Release, HMNB Clyde, 18 June 2021: Royal Navy Offshore Patrol Vessel HMS Spey was commissioned into the Fleet today (June 18) during a ceremony alongside the Ross-shire town of Invergordon. Built on the River Clyde by BAE Systems, the ship is the fifth and final of the second- generation of River Class vessels built for the Royal Navy.

Leaving the Clyde shipyard in October last year, HMS Spey has been undergoing a rigorous programme of operational sea training to ready her for action. On Friday, June 18, however, Spey and her 45-strong crew were at their affiliated town of Invergordon where dozens of invited guests gathered to welcome her into active service with the Royal Navy.

Addressing the gathering at Invergordon was HMS Spey’s Lady Sponsor, Lady Alison Johnstone, and Commanding Officer of the ship, Lieutenant Commander Ben Evans. “What a fantastic privilege to be able to conduct our commissioning ceremony in Scotland. This is a Scottish ship, built in Scotland with close links to this part of the country, and which will soon fly the White Ensign around the globe,” said Lieutenant Commander Evans.

“For many here today this is the first time they would have seen the newest ship in the Royal Navy, and we are ensuring that the day is celebrated as safely as possible. I am proud to be here today with my amazing Ship’s Company. They have achieved so much and worked so hard to get us to this important milestone.”

He continued: “I would like to say thank you to all those who have supported this event today and made it a memorable experience, especially our friends in the Greenwich Hospital and BAE Systems. Finally, to our families I say a massive thank you for your support and understanding in these challenging times, and I look forward to welcoming you all on board very soon.”

During the commissioning guests were entertained by the Band of the Royal Marines Scotland while RAF submarine-hunting Poseidon aircraft from RAF Lossiemouth conducted a spectacular flypast to mark the occasion.

There are two generations of River Class ships serving with the Royal Navy. The first – comprising HMS Tyne, Severn and Mersey – were constructed by Vosper Thorneycroft in Southampton and have been operating since the early 2000s, primarily helping to protect fishing stocks but also fulfilling general duties at home and abroad.

The second generation, which includes HMS Spey, were Clyde-built and are larger, faster and even more capable. HMS Forth is the UK’s permanent presence in the South Atlantic; HMS Medway is supporting British Overseas Territories in the North Atlantic and the Caribbean, while HMS Trent and Tamar are available for tasking by the UK Government.

At just over 90-metres long, the ships feature a flight deck large enough for a Royal Navy Merlin helicopter and room on board for up to 50 embarked Royal Marines. This makes the second generation of the River Class incredibly versatile vessels capable of tackling a variety of missions from counter-piracy to disaster relief. The River Class construction is estimated to have sustained 1,400 jobs at its peak with a supply chain spend of nearly £240M across the UK and Europe.

“As we speak, HMS Trent, HMS Forth and HMS Medway are providing sustained forward presence in some of the UK’s global areas of interest.

“The commissioning of Spey demonstrates a further development to the Royal Navy’s role in Global Britain where, later in the year in company with her sister ship Tamar, she will deploy to the Indo-Asian-Pacific region for the foreseeable future. Once deployed, they will work closely with allies and partners to support maritime security in the region.” 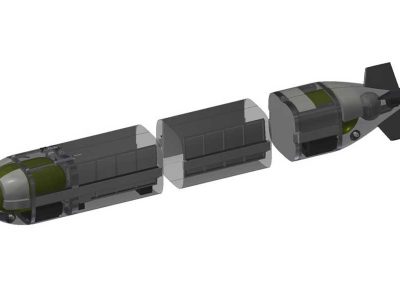 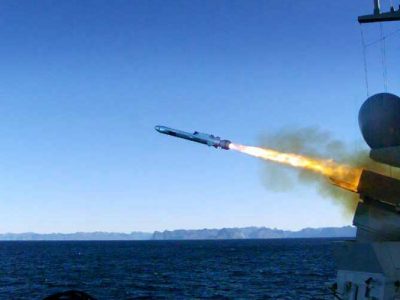 Royal Navy Ships To Be Fitted With Kongsberg NSM 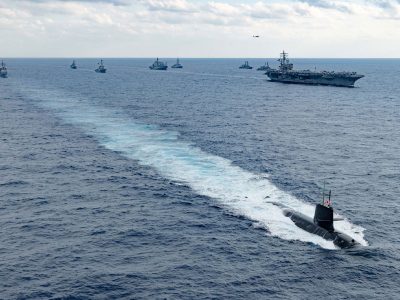