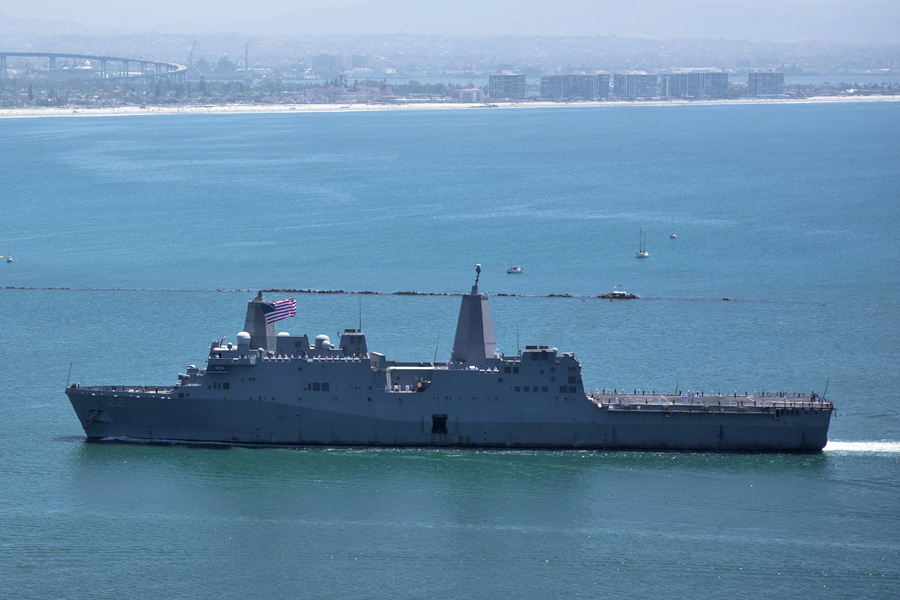 Press Release, Norfolk, 14 June 2021: BAE Systems has received a $90.2 million contract from the U.S. Navy for the maintenance and modernization of the amphibious transport dock USS San Diego (LPD 22).

The value of the competitively awarded contract could reach $104.8 million if all options are exercised.

Under the docking selected restricted availability (DSRA) contract awarded, BAE Systems will dry-dock the 684-foot-long ship, perform work on the underwater hull, repair its system of ballast tanks, preserve its amphibious well deck area, and refurbish the living spaces for as many as 800 sailors and Marines that can be carried aboard. The work is expected to begin in September 2021 at the company’s San Diego shipyard and take more than a year to complete.

“The upcoming USS San Diego project is a major event in the service life of the ship, expanding its capability to execute a wide range of naval missions for many years to come,” said David M. Thomas Jr., vice president and general manager of BAE Systems San Diego Ship Repair. “Our team of employees, subcontractors and Navy personnel look forward to ushering USS San Diego into its next phase of fleet readiness. We also recognise the unique and special opportunity to work aboard a ship named for our hometown.”

USS San Diego is the sixth ship of the San Antonio class and was commissioned in May 2012. The ship is the fourth US Navy vessel named after the southern California city.