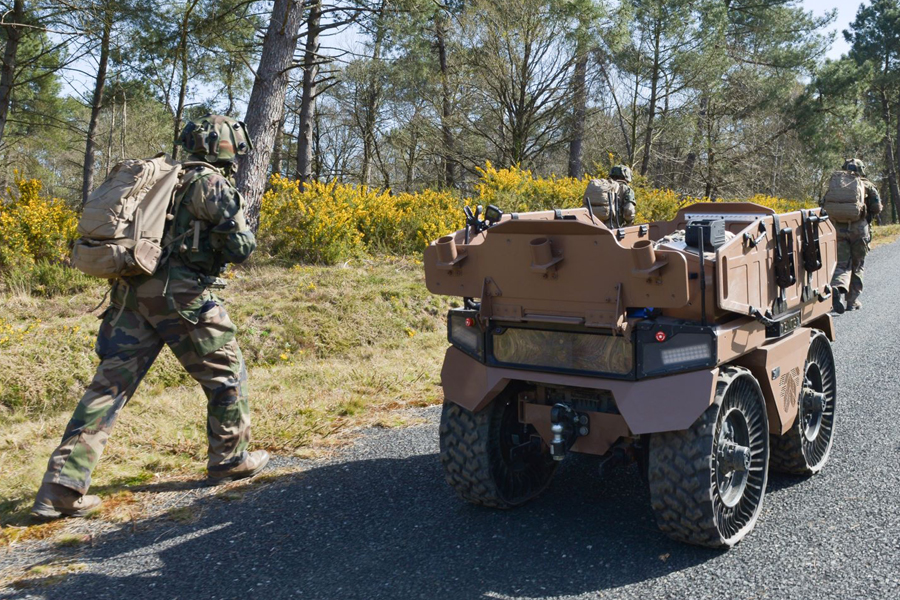 Nexter, partner of the French Army for the Air-Land Robotics Day, will exhibit solutions and products alongside capabilities already in service.

Press Release, Versailles, 10 June, 2021: On the occasion of the first air-land robotics day, on June 10, 2021, Nexter and other manufacturers invited by the GICAT will exhibit their solutions and products alongside the capabilities already in service with the French Army.

The Army organised this meeting in order to present its strategic vision of robotics for the 2035-2040 horizon called VULCAIN project. On the industrials side, this event will also be the occasion to illustrate the state of the art of land robotics in France and to prepare the grouping of the industrial robotics players around a common structure on the Satory plateau. As an international player but also a sponsor of the event, Nexter is promoting this initiative which, according to Joël Morillon, director of the group’s robotics activities, will enable “technical assessments to be carried out while facilitating the consultation process with the administration”.

Nexter has been recognised as a major player in the military robotics sector since the creation of its subsidiary Nexter Robotics in 2012 and the first commercial successes of the NERVA range of land-based micro robots. Fifty-six of these modular reconnaissance robots were sold to the French defence procurement agency (DGA) as part of the SCORPION program, and several hundred have been produced for foreign armies. Among the large robots or Multipurpose Tactical Robots, Nexter markets combat vehicles armed with an X20 cannon (OPTIO-X20), surveillance robots, route opening robots or even those contributing to augmented artillery (Z-Trooper). ULTRO-600, the latest Nexter product, is a robot-mule that was presented during the Coëtquidan Schools Research Center (CREC) days organised at Coëtquidan in late March 2021. This electrically powered multipurpose tactical robot can carry up to 600kg of cargo or host a weapon system ranging from 5.56 to 12.7mm.

As part of the enhancement in the capabilities of its equipment, Nexter is also integrating multi-purpose micro robots from the NERVA family into some of its vehicles, as well as tethered UAVs (IXOS XX) for close surveillance, and autonomous UAVs (XOS LG) that can see farther.

Finally, Nexter offers its cutting-edge expertise in robotics within the European Integrated Modular Unmanned Ground System (iMUGS) program. For the next three years, Nexter teams will work on improving the intelligence of a THeMIS platform from Milrem Robotics, in particular by extending its autonomous mobility capabilities.