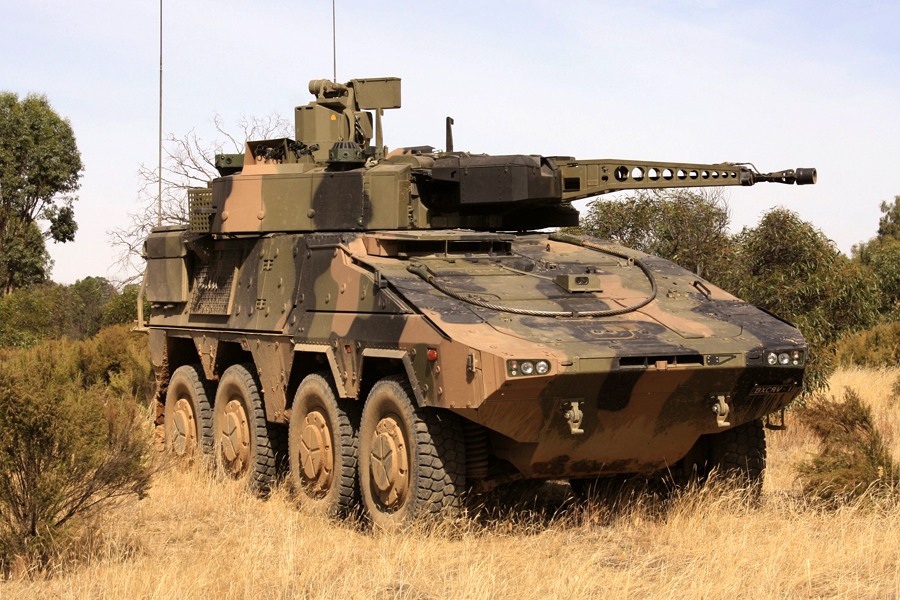 Rheinmetall has delivered the first 25 of the Boxer 8×8 CRV (Combat Reconnaissance Vehicles) fleet to the Australian Army.

Rheinmetall will deliver a total of 211 Boxer 8×8 Vehicles in different versions, 131 will be the CRV variant. They will replace the Army’s Australian Light Armoured Vehicles (ASLAV) under LAND 400 Phase 2. Delivery of the first 25 vehicles enables Army to continue towards Initial Operating Capability on schedule as Rheinmetall moves into the next phase of the LAND 400 Phase 2 program.

Mr Stewart said delivery of these initial vehicles was only possible by taking advantage of the current production lines in Germany, and using this approach as part of technology transfer activities to ensure Australian workers and suppliers become familiar with manufacturing techniques for highly complex military vehicles.

Rheinmetall Defence Australia has over 30 Australians currently living and working in Germany, working at Rheinmetall sites and learning from German colleagues. This is fostering close co-operation and a genuine partnership to realise the capability for the Australian Army.

“Australian engineers, project managers, welders, technicians, trainers and more are living and working with their colleagues in Germany to build a deep understanding of Rheinmetall products and, crucially, acquire the skills and certifications to transfer this expertise and intellectual property to Australia,” Mr Stewart said.

“This kick-starts the knowledge base for a sovereign Australian capability and is complemented with our engagement with the Australian TAFE sector and universities to ensure we build enduring pathways from our education institutions into the military vehicle manufacturing industry, enabling graduates to understand what we do today so they are ready to tackle the challenges of tomorrow.”

The MILVEHCOE is the focal point of the Boxer Australian Industry Capability (AIC) program. It is where Rheinmetall will undertake Australian design, manufacture, testing, training and support of the Boxer vehicles and training systems. The MILVEHCOE provides a sovereign facility where Defence, industry and research organisations can innovate and collaborate on the Australian Boxer and other defence programs.

This approach to Australian Industry Capability has allowed Rheinmetall to accelerate involvement of Australian companies into the first 25 vehicles. This has resulted in Rheinmetall awarding contracts to more than 20 companies to supply products and services, and ensuring that Australian SMEs are building and supplying components onto every Australian Boxer vehicle.

The Boxer – versatile and battle-tested: The Boxer is a heavily protected 8×8 wheeled armoured vehicle. Its modular architecture enables a variety of variants unmatched by any other vehicle system. This multifaceted diversity underlies the Boxer’s rapid growth. Already today, new variants and upgrades are being planned. To date, some 1,200 vehicles in more than 20 different configurations are under contract by four NATO nations: Germany, the Netherlands, Lithuania and the UK. Moreover, Australia – a close partner of NATO – has ordered a total of 211 Boxer vehicle in several different versions, the first of which have now been delivered.