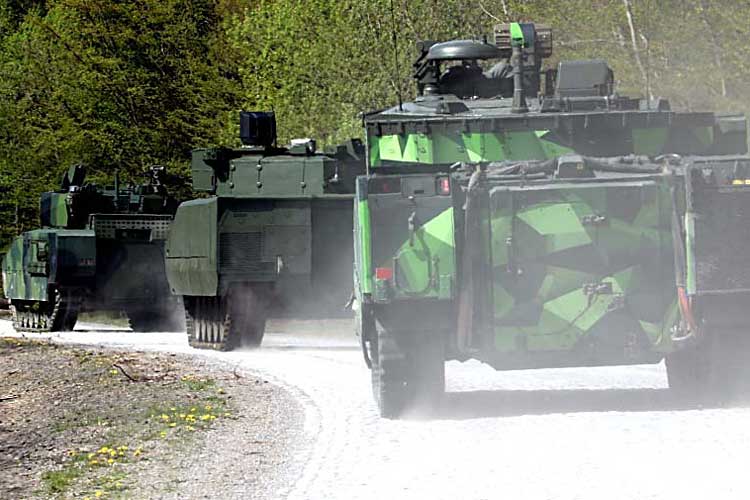 MOCR News Release, Prague, 18 May 2021: [auto-translated] The project to acquire 210 new infantry fighting vehicles is crucial not only for the rearmament of the [Czech] 7th Mechanized Brigade, but also for fulfilling our commitment to the Allies. Tests of functional samples are being carried out in Vyškov and Libava until the beginning of June, with vehicles being tested by selected soldiers of the 72nd Mechanized Battalion from Přáslavice. Inspections of the three vehicles participating in the tender will now focus primarily on the sustainability of combat operations.

“At the airport in Přerov and at the VVP Březina facility, the speed of movement was primarily measured on various surfaces, for example, the maximum speed of vehicles was also recorded,” notes Colonel Ctirad Gazda, head of the BVP acquisition and acquisition department. “We are now in the middle of testing BVP functional samples. We still have a number of tests ahead of us, but we already know the dynamics of vehicles and other parameters, including today’s inspection of the sustainability of combat activities, which included the evacuation of wounded”, adding that compatibility with systems introduced in the Czech Army has already been examined.

Full Field Kit Testing: On Saturday, May 15, future users, members of the 72nd Mechanized Battalion, tried to get in and out of the vehicles in the so-called full field kit, handling the wounded, the possibility of storing ammunition, but also, for example, movement through the escape openings.

“The new vehicles, whatever those tested, will reliably bring the fighters where they are needed and will be able to fully conduct combat operations. We need modern technology”, said one of the members of the 72nd Mechanized Battalion. Sergeant Martin V. Ten, like the others, acknowledges the capabilities of the new technology. The shift in the order over decades is known and only with modern technology can one keep pace not only with the times, but also with the allies.