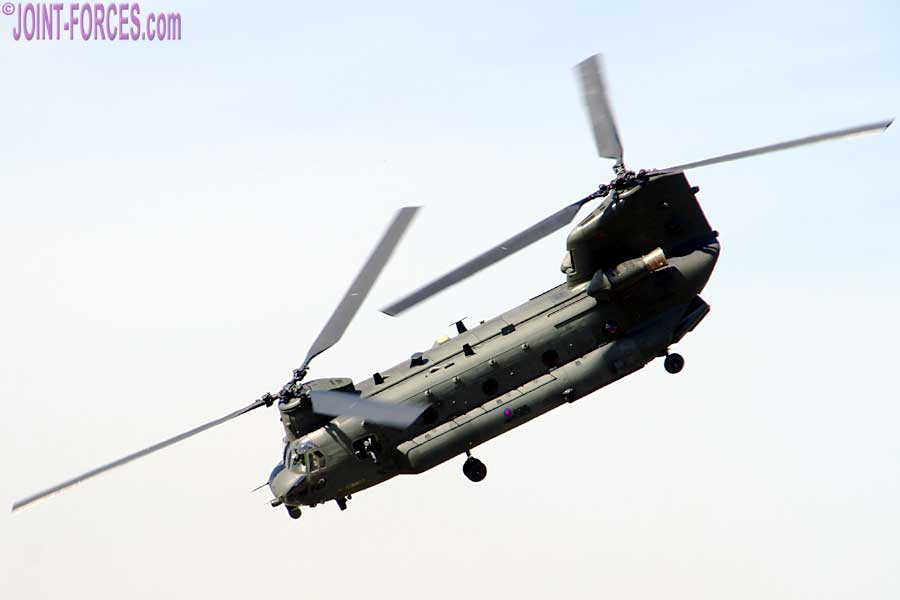 A £1.4-billion contract to modernise the UK’s RAF Chinook heavy-lift helicopter fleet over the next 10 years has been agreed.

Press Release, Whitehall, 13 May 2021: A £1.4-billion contract to modernise the Chinook fleet over the next 10 years has been agreed.

The deal will see British forces benefit from 14 of the latest iconic heavy-lift helicopters. The order for the new aircraft signals the commitment made in the recent Defence Command Paper to invest over £85-billion on military equipment over the next four years to reform and renew our Armed Forces.

Proven in battle and operated in every major conflict since the Falklands War, the Chinook is a highly-versatile aircraft. The helicopter can operate in a diverse range of environments, from the desert to the arctic, and transport up to 55 personnel or ten tonnes of cargo. With a top speed of 300 kilometres per hour, the new H-47(ER) aircraft will have a range of new capabilities, including:

Defence Secretary Ben Wallace said: “From assisting emergency repairs to UK flood defences, providing vital logistics support during COVID-19 to its warfighting role on Afghan battlefields, the Chinook has been the workhorse of the Armed Forces for over 40 years.

“The cutting edge H-47 (ER) will be at the forefront of our specialist requirements in dealing with threats and logistic support. Our £1.4-billion investment will mean we will be one of very few air forces with this capability.”

The 14 aircraft will be purchased from the US via a Foreign Military Sales agreement and includes development and manufacture over the next decade. Deliveries are scheduled to start in 2026. The new helicopters will be based at RAF Odiham, the home of the Chinook fleet.

Commander Joint Helicopter Command, Air-Vice Marshal Nigel Colman said: “Proven on both UK and overseas operations time and again over the last 40 years, the Chinook continues to be a critical capability for UK Defence; this announcement assures Chinook operations for the decades ahead and is representative of our commitment to modernise capabilities whilst maintaining interoperability with key allies.”

In addition to traditional warfighting roles, the Chinook supports a wide variety of specialist tasks, including the Military Aid to the Civil Authorities. Most recently, it was part of the Joint Helicopter Aviation Task Force which transported NHS paramedics, equipment and patients during peak of the COVID-19 pandemic.

Introduced into service in 1981, the 40th anniversary of the first Chinook was recently celebrated with a new commemorative colour scheme. The oldest of fleet will be retired, enabling investment in the new aircraft to modernise the UK heavy lift capability.