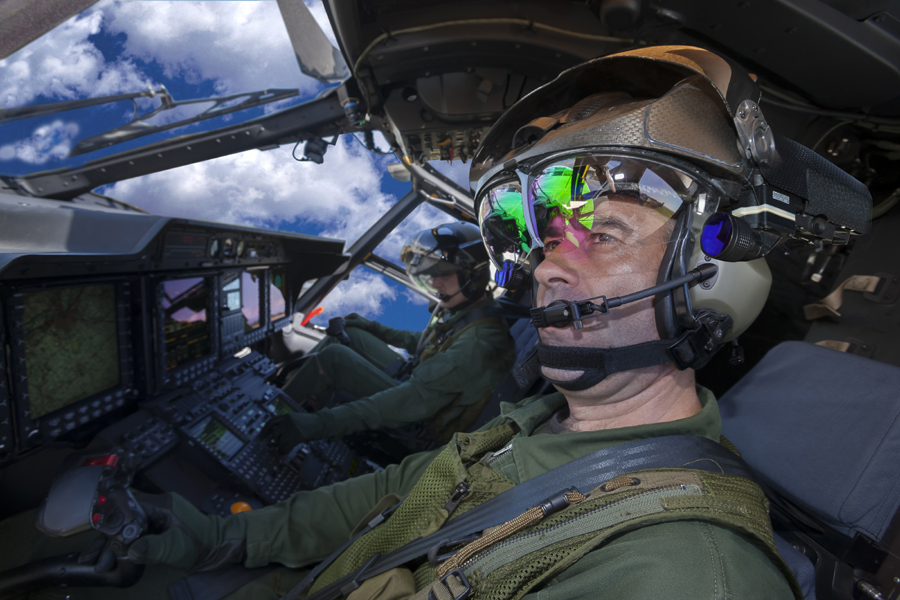 NHIndustries has chosen the new-generation TopOwl Digital Display helmet from Thales for the Special Forces variant of the NH90 helicopter.

Press Release, Paris, 27 April 2021: NHIndustries has chosen the new-generation TopOwl Digital Display helmet from Thales for the Special Forces variant of the NH90 helicopter. This variant has been developed at the request of the French defence procurement agency (DGA) to meet the requirements of France’s Special Forces, and is also available to partner countries and other NH90 customers. This digital generation of Thales’s TopOwl helmet system uses augmented reality to enhance the operational capabilities of combat helicopter pilots, especially when flying in highly degraded visual environments. TopOwl has also been selected for the Standard 3 upgrade of the Tiger combat helicopter being developed jointly by France, Germany and Spain.

Special Forces units are specially trained to gather intelligence and operate behind enemy lines. The upgrades to the NH90 for Special Forces significantly improve mission capabilities and position the new variant as one of the highest-performance tactical transport helicopters in the world, especially for extreme environmental conditions such as brownout, whiteout, fog and dark night operations.

The TopOwl helmet has been in service since 2005 and has been combat-proven in multiple theatres of operations. The new digital generation offers higher-definition rendering and live lossless video streaming to expand the helicopter’s flight envelope in degraded visual environments. It leverages the latest digital technologies and is cybersecure by design.

TopOwl Digital Display reduces pilot fatigue and enables crew-members to cooperate more efficiently, which is crucial to success on the most difficult missions, by displaying relevant information in the pilot’s line of sight and incorporating a spatialised audio alert system and ambient noise reduction technology.

The customised helmet-fit system tailors the helmet to the head-shape of each pilot, and the hardware design of the latest-generation TopOwl helmet has been further refined for easier integration, lower power consumption and lighter overall weight. The simplified connection cables make it easier for crew-members to exit the helicopter in an emergency, especially in the event of ditching at sea.

“Designed with pilots, TopOwl Digital Display incorporates the very latest technologies and draws on operational feedback from the theatres in which the first-generation TopOwl has been deployed. It is a decisive asset in terms of both flight safety and the operational capabilities of helicopters today.” Christian Bardot, Flight avionics programme director, Thales.