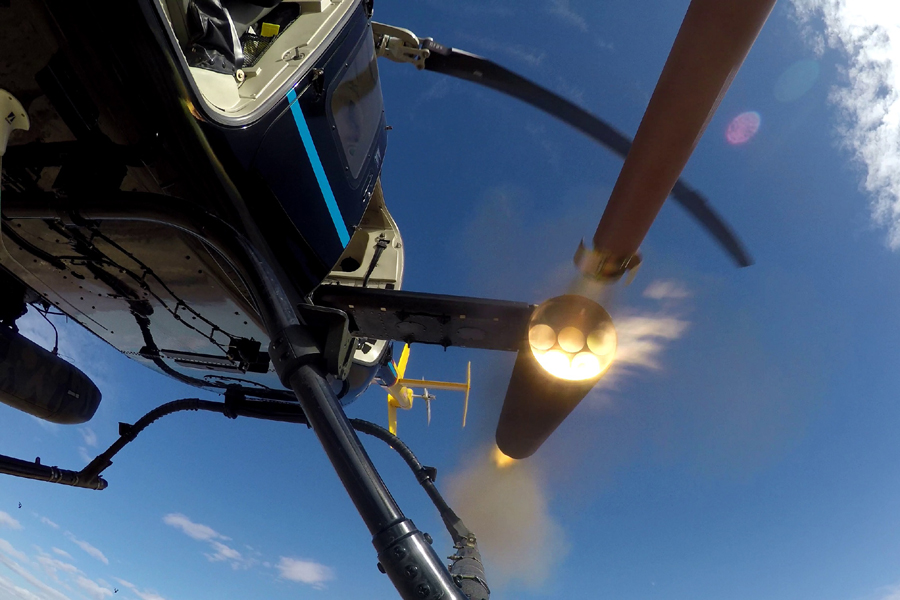 The certification was achieved following a live firing programme that took place at Dillon Aero’s desert range facility near Phoenix, AZ, USA, 18-21 January 2021. Dillon Aero’s 950-acre test range can accommodate live firing of up to 30mm machine guns, 2.75-inch rockets as well as landing most aircraft on their 4500ft runway.

Arnold Defense has always positioned itself as ‘rocket agnostic’ allowing the user to select from a range of certified rocket systems to suit their specific needs or their in-service inventory. Adding Thales 2.75-inch rockets to the Arnold Defense certified rocket portfolio significantly extends the capability offering, globally.

Thanks to features like its State of Art propellant grain and reduced FOD, the Thales 2.75-inch rocket is widely used worldwide by more than 75 armed forces across more than 50 countries. The rockets have also been officially adopted by many major platform OEMs where Its performance and reliability are clearly recognised.

Stéphane Bianchi, Director of the Airborne Armament business segment at Thales said: “This strengthening of the collaboration between Thales and Arnold Defence is good news for both entities. We will provide our expertise with the 70mm (2.75”) rocket systems, which already equip many platforms in the world and Arnold Defence will contribute their large expertise of rocket launchers and systems. This is a true win-win, at a time when our Customers are looking for operational efficiency and flexibility thanks to an extended and combined range of products”.

Doug Wallace, President at Arnold Defense said, “Arnold Defense is delighted to have achieved this certification following a highly successful series of live firing tests. We can now add the Thales 2.75-inch rockets to the range of rockets that can be fired from Arnold Defense launchers, increasing the flexibility on offer to the global user.” He added, “working with Thales on this certification programme has solidified an existing partnership between the two companies and at the same time, significantly broadened the capability offering for anyone interested in 2.75-inch rocket systems launched from both air and ground, now and in the future.”