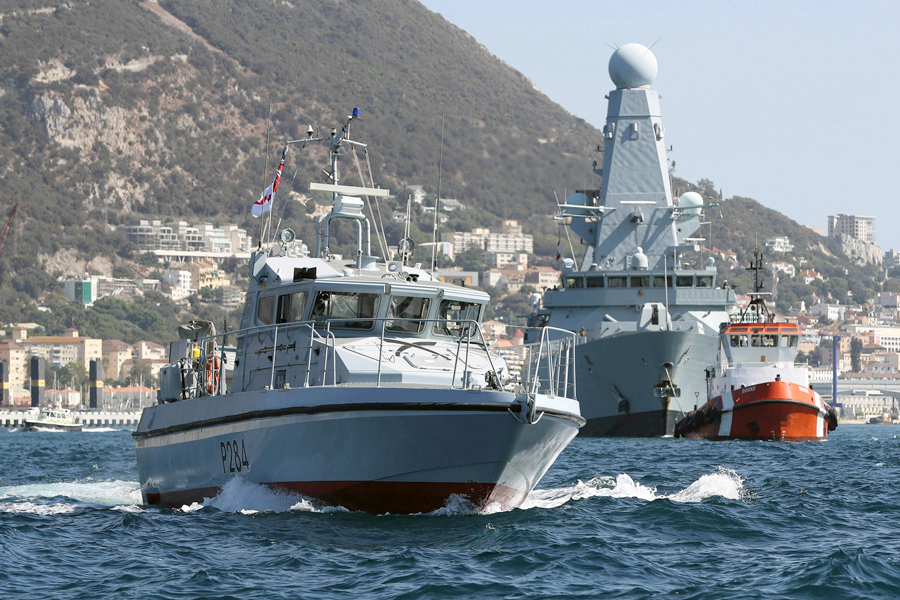 HM Ships Dagger and Cutlass have been confirmed as names for the new fast patrol boats for Her Majesty’s Naval Base Gibraltar.

Press Release, Whitehall, 21 April 2021: The Royal Navy can confirm the Her Majesty the Queen has approved the names of two new fast patrol boats, which will be based in Gibraltar, as HM Ships Dagger and Cutlass.

Dagger is a name new to the Royal Navy. It was due to have been assigned to a weapon-class anti-submarine escort in late World War 2. But, the conflict ended and the ship was cancelled. Only one previous HMS Cutlass has served under the White Ensign, during the 1970s with her sisters Scimitar and Sabre, not the same vessels which later served in Gibraltar. She was used to train Royal Navy and NATO warships to deal with the threat of fast missile/torpedo craft as part of the First Fast Training Boat Squadron.