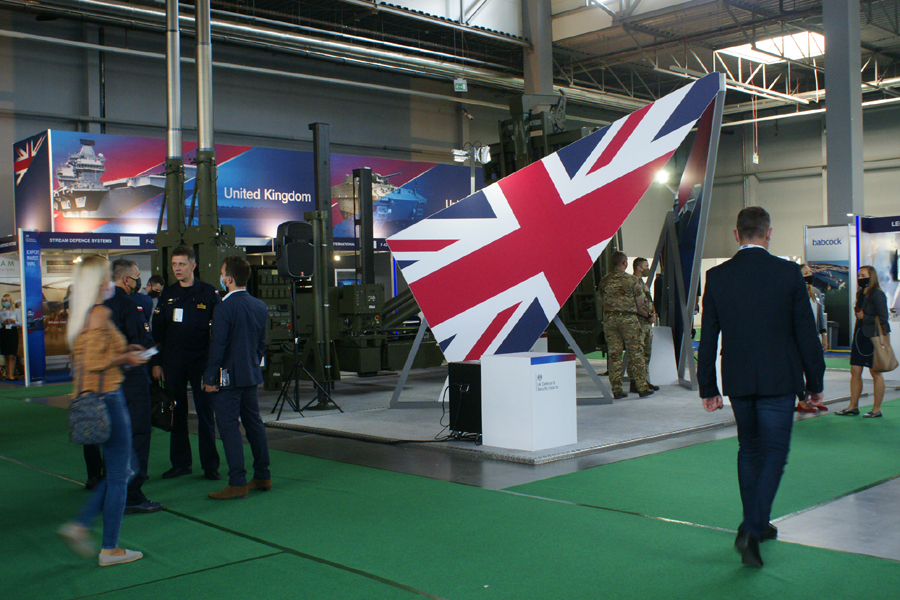 The team behind the Polish International Defence Industry Exhibition at Targi Kielce have informed us MSPO 2021 will feature national pavilions.

The National Pavilions are one of the novelties which expands Targi Kielce’s September expo’s agenda. It is worth remembering that Lead Nation Exhibitions have accompanied the military trade fair since 2004 and have thus become MSPO tradition. Until now countries which have have presented their military potential this way include: France, Germany, Israel, Italy, Norway, South Korea, Sweden, Turkey, United Kingdom, United States, and the Visegrád Four (V4) nations.

The 2018 expo was held under the banner of the 100th anniversary of the Independent Polish State. This year’s MSPO goes beyond the Lead Nation Exhibition concept, which featured just one state. The Targi Kielce’s expo halls will now become the presentation arena for National Pavilions instead. This new development allows particular countries to hold a bespoke display of their products and present their defence industries’ capabilities more effectively. American, Australian, British, French, German, Italian and other states’ military capabilities will be in the limelight.

The Polish Ministry of Defence has announced the impending implementation of several large programmes for the army technical modernisation. Therefore, a great interest in MSPO demonstrated by foreign defence companies comes as no surprise. “We maintain ongoing relations and contacts with prospective exhibitors,” says Andrzej Mochoń, President of Targi Kielce Management Board.

MSPO 2020: The International Defence Industry Exhibition was organised with strict observance of sanitary rules and regulations and brought together 185 companies from 15 countries. The 2020 MSPO was the showcase for the elite of rocket weapons manufacturers, from the US Raytheon and Lockheed Martin to the British MBDA. The three-day exhibition attracted several thousand visitors. The 29th MSPO show is being held from 7th to 10th September. The Republic of Poland President, Mr Andrzej Duda, has granted Auspices to the expo.

Editor’s Comment: We had the pleasure of attending MSPO 2020, which was successfully held during the brief window between COVID-19 spikes, and had a very worthwhile trip. The precautionary measures adopted by the organisers, and fully complied with by attendees, ensured the show could go ahead with minimum risk and without worries. Hopefully the expanded 2021 expo will be equally successful for the defence industry.