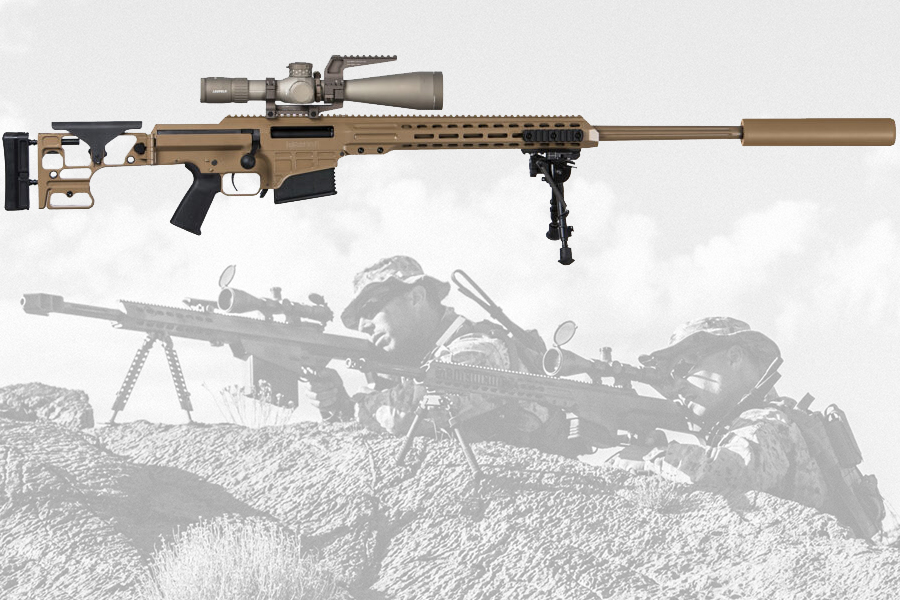 Designed with precision and modularity in mind, the MK22 provides even greater flexibility within the highly successful MRAD rifle platform. This multi-calibre bolt action sniper rifle is capable of converting between 7.62x51mm, .300 Norma Magnum (NM) and .338 Norma Magnum (NM) calibres, based on the mission.

“We are honoured to have been awarded the Army’s Precision Sniper Rifle Program in addition to SOCOM’s Advanced Sniper Rifle contract. The MK22 is an extremely capable rifle system that meets the demanding requirements of our military branches.” said Joel Miller, Barrett’s Director of Global Military Sales.