Success in 2020 For Rheinmetall plus UK Challenger 2 LEP 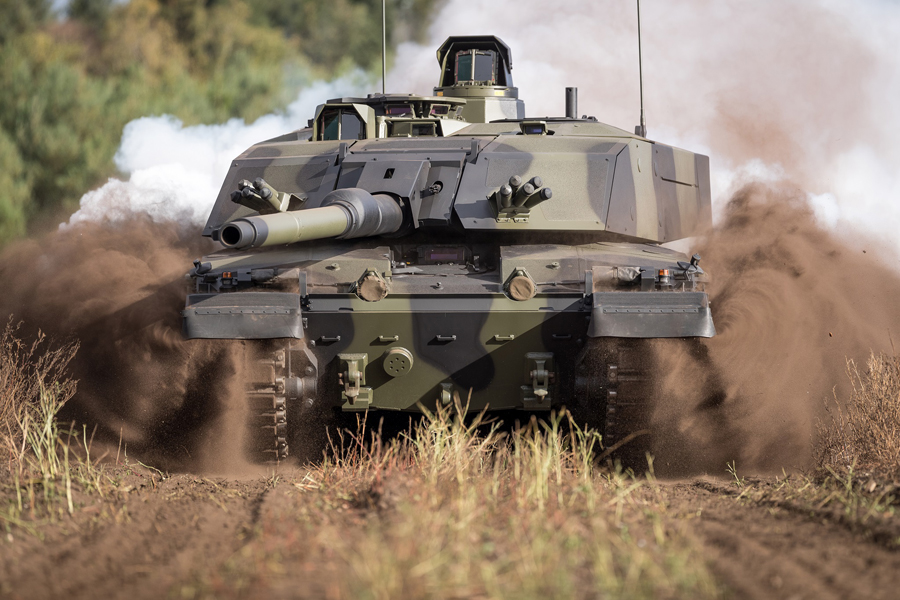 Rheinmetall AG, Düsseldorf, closed fiscal 2020 with the third-best operating result of the company’s recent history. Despite the critical strain on the business with automotive products, the Group successfully offset the losses from the first half of 2020 in the Automotive sector and generated a positive operating result in 2020 as a whole. In conjunction with the successful business performance in the Defence sector, the Group’s consolidated operating result in 2020 came to €426 million. Given the Group’s robust financial position and results of operations, Rheinmetall AG intends to pay the shareholders a dividend of €2.00 per share for the past fiscal year.

Armin Papperger, CEO of Rheinmetall AG: “We are proud that we coped so successfully with the coronavirus crisis in 2020, which was our third-best year in terms of our operating result. Our liquidity did not suffer. On the contrary, we are reporting strong cash flow of over €200 million. This means that we are able to propose a dividend of €2.00 to the Annual General Meeting. And with regard to our markets, we acquired many important orders and increased our order backlog to a record figure of over €13 billion. On top of this come our framework agreements for military trucks and ammunition worth more than €3.5 billion.”

“Our successes in the past fiscal year make us extra motivated to usher in a new important chapter in the company’s history in 2021. We are ending the current partition into the Automotive and Defence sectors and placing the Group’s five divisions under the direct leadership of the Group’s Executive Board. By repositioning as an integrated technology group, we also intend in particular to promote technology sharing among the divisions. At the same time, we will practice active portfolio management and concentrate on the business areas with sustainable and value-enhancing potential for growth and earnings. Security technology and electromobility will be of central importance here.”

Operating result increases by 21% to €414 million, operating margin rises to a good 11%.

In 2020, the business performance with Defence products was again characterized by the high worldwide demand in the military sector and by Rheinmetall’s successful positioning in major markets around the globe. The Defence sector generated sales of €3,723 million in fiscal 2020, exceeding the previous year’s figure by €201 million or around 6%. Taking into account exchange rate changes and M&A activities, organic growth was approximately 5%. The increase in sales was achieved through, among other factors, the higher supply volumes of Boxer vehicles to the Australian armed forces and the shipment of logistic vehicles (trucks) to the German armed forces. The Vehicle Systems division increased its sales by 2% to €1,823 million in fiscal 2020. In the Weapon and Ammunition division, growth in export business and the supply of medical protective equipment led to a sales increase of around 17% to €1,196 million. The Electronic Solutions division, on the other hand, suffered a slight dip in sales of nearly 2% to €931 million.

Rheinmetall Defence acquired orders of €6,387 million in the period under review, after €5,186 million in the previous year. This represents an increase of €1,201 million, or 23%. The Hungarian armed forces’ order for over 200 units of the newly developed Lynx infantry fighting vehicle amounted to over €2 billion and was thus the largest single order on the books. Further orders were also acquired for military logistic vehicles for the German armed forces with a total value of €865 million, including special swap body trucks for nearly €300 million and other logistic vehicles worth over €450 million.

The Defence sector’s overall book-to-bill ratio was 1.7 in 2020 (previous year: 1.5). Each Defence division had a book-to-bill ratio of more than 1, which underscores their future growth potential. As of December 31, 2020, the order backlog was €12.9 billion. Compared with the figure of €10.4 billion at the end of the previous year, this represents an increase of €2.5 billion or 24%.

The operating result (EBIT before special items) amounted to €414 million in fiscal 2020, after the previous year’s figure of €343 million. This means that earnings improved by 21%, particularly due to the positive development in the Weapon and Ammunition (+50%) and Electronic Solutions (+23%) divisions, while the Vehicle Systems division’s operating result was at the same high level as in the previous year.

The operating margin in the Defence business therefore increased from 9.8% in the previous year to 11.1% in the period under review.

¤ Footnote: Answering media questions after the formal announcement of Rheinmetall’s operating results today Herr Papperger, CEO of Rheinmetall AG, confirmed (as reported by the German media) that the company has won the UK Challenger 2 LEP (Life Extension Project) contract, expected to be signed shortly, and believed to be worth 750 million Euros – £0.64 billion at today’s exchange rate.

¤ Editor’s Comment: It is presumed that this is the ‘big announcement’ which Whitehall were planning to announce at the forthcoming media facility to which many specialist defence journalists appear to have been excluded.

On 22nd March 2021 UK MoD stated in the Defence in a Competitive Age report: “As planned, the Army will invest around £1.3bn in our armoured capability by upgrading 148 of our main battle tanks to ensure the Challenger III will become one of the most protected and most lethal in Europe. The remaining fleet will be retired.”