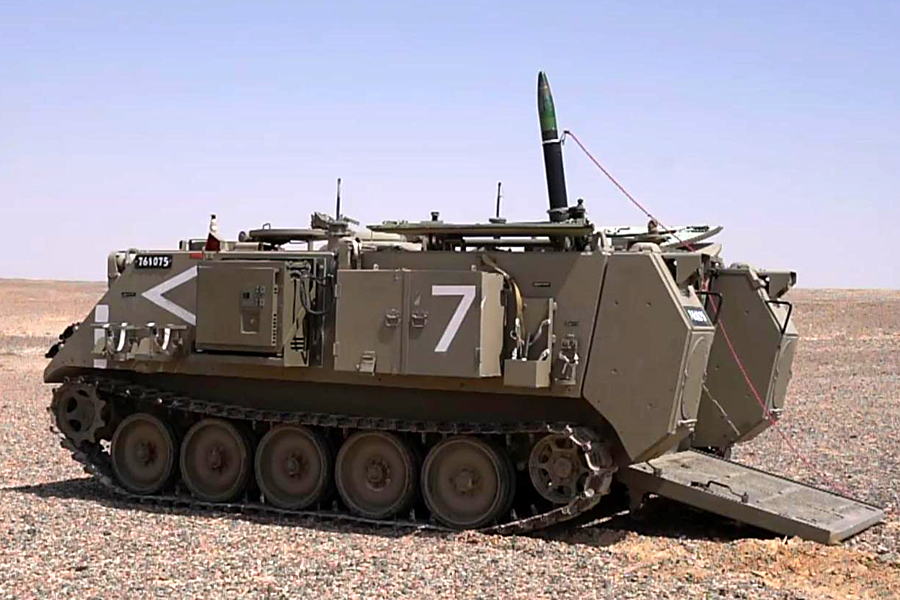 Defense Minister, Benny Gantz: “The technology made available to the IDF by Israeli industries changes the battlefield and provides our forces with more accurate and effective means. The integration of ‘IRON STING’ in the IDF, corresponds to the vision presented in the military’s ‘Tnufa‘ multi-year plan. It also fulfils the IDF’s needs, adapting combat capabilities to contend with enemies hidden within civilian, urban environments, while meeting the legal and moral standards set by the State of Israel.”

Today (14.03.2021), the Directorate of Defense R&D in the Israel Ministry of Defense, together with the IDF’s Ground Forces and Elbit Systems reveal a precise, laser and GPS guided mortar munition, the ‘IRON STING’. The 120 mm mortar has recently undergone final trials in a testing site in southern Israel. The completion of testing enables the start of serial production ahead of the system’s supply to the IDF.

The series of tests was carried out using two networked ‘cardom’ mortar systems that were developed by Elbit Systems: a ‘cardom’ system, mounted on an M113 APC and a ‘cardom spear’ system, mounted on a Hummer 4×4 SUV. The IRON STING is designed to engage targets precisely, in both open terrains and urban environments, while reducing the possibility of collateral damage and preventing injury to non-combatants. Its operational use will revolutionise ground warfare and equip battalions with organic, accurate and effective firepower.

Head of Research and Development in the DDR&D, Brig. Gen. Yaniv Rotem: “Ten years of research and development have led us to this moment when we can provide the IDF’s ground forces with advanced capabilities made for the modern battlefield. This laser and GPS- guided mortar munition provides troops with a precise firing capability that has only been implemented in missiles and air munition thus far. This is a very complex program and a groundbreaking system on the international level.”

Head of the Weapons Department in the IDF’s Ground Forces, Col. Arik Avivi: “The Ground Forces command is leading the process of integrating the ‘IRON STING’ into the IDF. This precise guided mortar munition is groundbreaking for IDF battalions, equipping them with accurate and organic firepower. This capability has so far been reserved to large and complex missiles. Thanks to this impressive technological development, it will now be implemented in mortar munitions on a wide scale.”

General Manager of Elbit Systems Land Division, Yehuda (Udi) Vered: “The introduction of this laser and GPS guided munition transforms the mortar system from a statistical fire power into a precision fire system, thus delivering a significant change in fire capabilities at the tactical level. We believe that we have been able to develop an efficient solution that enables to increase precision and reduce collateral damage”.