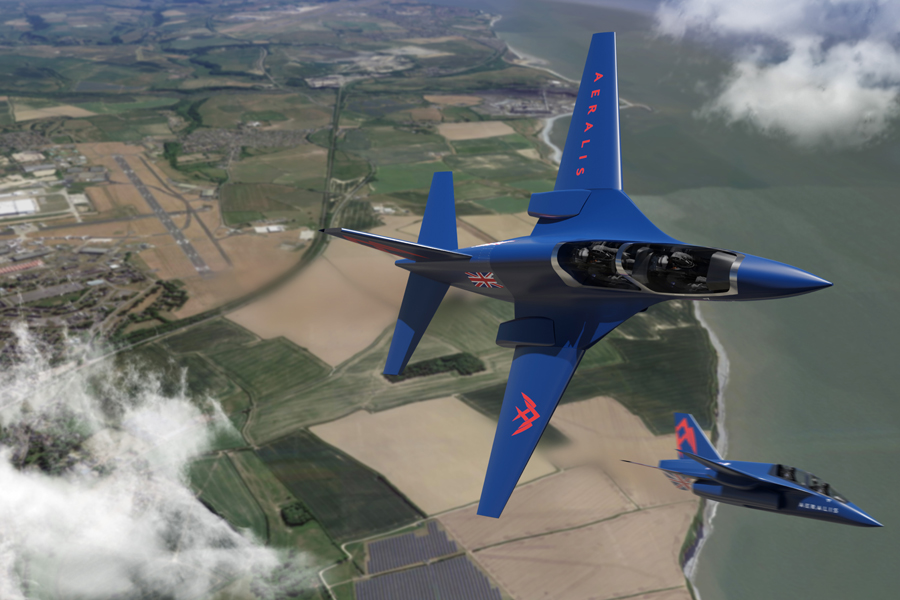 AERALIS has been chosen by the Royal Air Force to deliver the research and development of an advanced modular aircraft.

Press Release, London, 17 February 2021: AERALIS, the transformational British military jet developer has agreed a three-year contract with the Royal Air Force’s Rapid Capabilities Office (RCO) for research and development into a new modular approach to the design and development of future aircraft.

The RCO will support the requirements and design review process to gain an understanding of how AERALIS defines the ways in which agile, modular, commercially-driven aircraft design can develop and certify a broad range of future aircraft systems that could support the RAF’s ambition to rationalise its future fleet. The AERALIS modular aircraft system streamlines the design, development and in-service support processes for military aircraft across multiple training and front-line roles, helping to reduce the complexity and costs of acquisition and sustainment when compared with more traditional approaches.

“AERALIS is focused on re-inventing how future military aircraft are developed and operated, and we’re delighted to help set the pace and vision for future RAF systems with the Rapid Capabilities Office” said Tristan Crawford, AERALIS Chief Executive Officer. “As well as helping to enable rapid, digitally-driven development and the certification of flexible, open-architecture aircraft systems, this supports UK prosperity and the Government goal to champion British innovation. We are creating a significant export and global relationship development opportunity for the UK.”

Air Marshal Richard Knighton, Deputy Chief of Defence Staff, commented, “I’m delighted to hear of the RCO contract with AERALIS. This private aircraft company is adopting an innovative approach that I have not seen before in the combat air sector. Its ingenious and innovative use of modularity, together with applying lessons learnt from the commercial sector offers the potential to break the capability cost curve that has dogged military fast jet programmes for many generations. The design philosophy could be disruptive, providing a means to improve international competitiveness and shift away from expensive bespoke platforms.”

“AERALIS offers an extremely disruptive and innovative approach to design, modelling and certification processes in military aerospace” commented Air Commodore Jez Holmes, the Head of the RAF’s Rapid Capabilities Office. “We are pleased to be working with AERALIS to explore the modular air-system approach to future aircraft certification, design and development and, in particular, to understand the exploitation potential of PYRAMID, our new open mission system architecture.”

With a view to full-scale production, the AERALIS project has the scope to directly create over 200 new UK high-value design and manufacturing jobs, supporting a further 3800 in the UK supply chain.