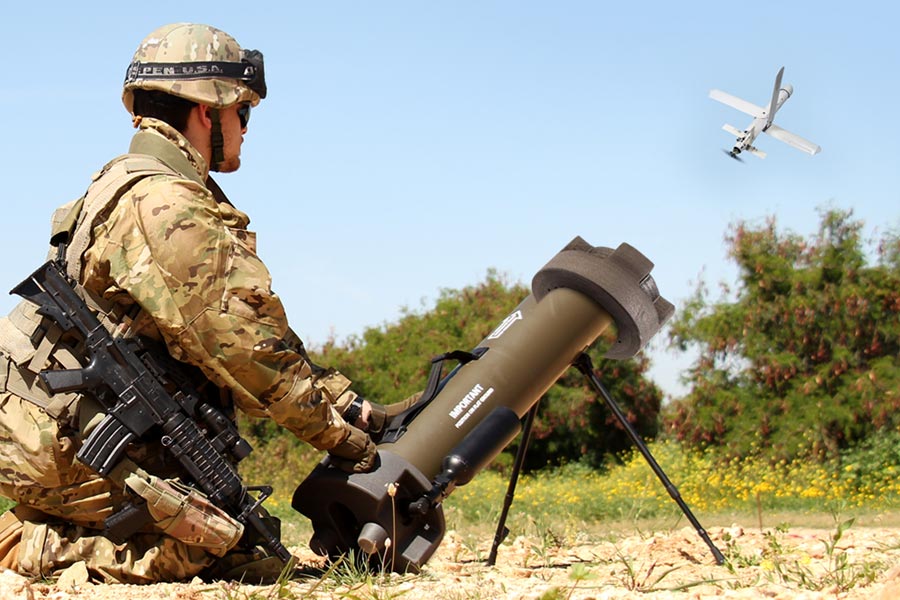 UVision will present its range of combat proven Loitering Munition Systems for the first time at the IDEX 2021 defence expo in the UAE.

The HERO series of loitering munitions consists of eight loitering munition systems, designed for different missions at various ranges using various types of payloads. The HERO systems are the fastest sensor-to-shooter loitering munitions, allowing forces in the front-line to independently locate time sensitive targets, and track and attack with pin-point precision. Each munition can handle different missions ranging from lightweight static or moving targets (such as light-duty vehicles and human targets) to larger fortified or heavily armoured targets such as MBT (Main Battle Tank), enemy air defences and other strategic objectives. The HERO series unique design enables the munitions to carry out pinpoint strikes in urban areas or remote locations, with minimal collateral damage. In cases where an attack is aborted, the systems can be recalled and another target selected. With extremely low noise and thermal signature, these systems integrate highly advanced, stabilised electro-optic day/night cameras, and are ideal for deployment from air, land and naval platforms.

According to Major General (Ret.) Avi Mizrachi, CEO of UVision, “the HERO Simulators increase the effectiveness of our systems while reducing the operating costs. All of the HERO Loitering Munition Systems meet a wide range of air, naval and ground forces requirements, thus ensuring combat superiority as well as survivability for even the most complex missions. Our latest field deployed simulator further enhances the reach-out of our systems and strengthens the proficiency and combat worthiness of the operators.”

At the show, UVision will display the Hero series of Loitering Munition Systems which provide the combat warrior with unique qualities to the modern battlefield by providing the tactical echelons with unprecedented precise lethal capabilities while minimising sensor-to-shooter cycles and maintaining operational independence. Such advantages are truly “Battlefield Game Changers” which are recognised by major NATO military forces and leading operational customers worldwide, who use the HERO series in field operations.