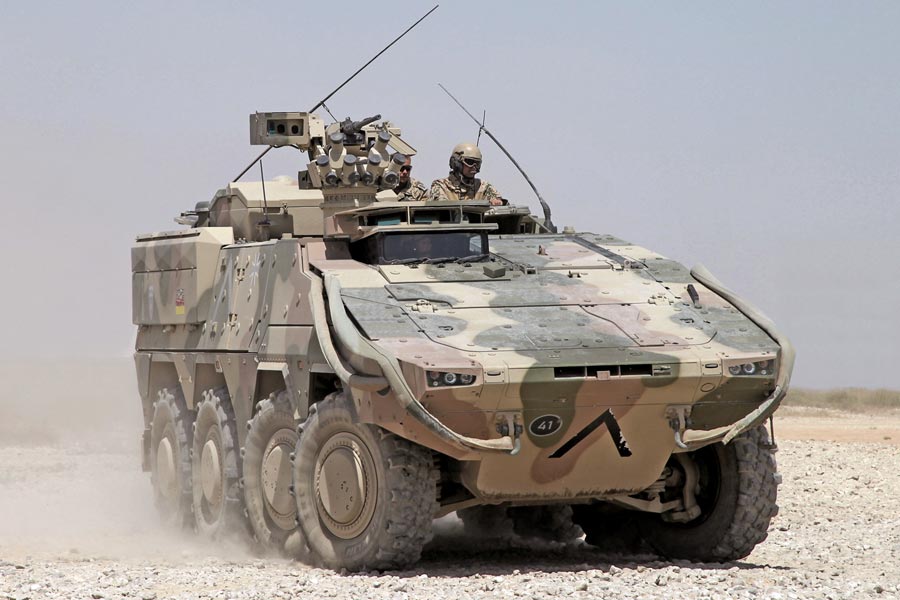 Rheinmetall is modernising 27 more Boxer command vehicles for the Bundeswehr to bring them up to the latest A2 standard.

Press Release, Düsseldorf, 11 February 2021: Rheinmetall is currently bringing another 27 Boxer command vehicles of the Bundeswehr up to the latest A2 standard.

Germany’s Federal Office for Bundeswehr Equipment, Information Technology and In-Service Support (BAAINBw) awarded the order at the end of January 2021. The 27 vehicles are to undergo modernisation at the Rheinmetall Landsysteme GmbH plant in Kassel, Rheinmetall’s centre of excellence for tactical wheeled vehicles. Work is set to begin in March 2021, with return of the vehicles to the Bundeswehr slated to take place during the 2022-2024 timeframe. For Rheinmetall, the order is worth a figure in the lower two-digit million-Euro range.

The command vehicle, or FüFz in German military parlance, is one of four variants of the tried-and-tested, high-mobility Boxer armoured transport vehicle currently in service with the Bundeswehr. The FüFz is found in mechanised formations, where it serves as a mobile tactical operations centre or command post. The vehicles feature a full panoply of radio equipment and advanced C4I systems.

The upgrade to A2 status encompasses an extensive array of modernisation measures, including (among other things) the driver’s visualisation system; the exhaust emission and air-conditioning ducts; the towing gear; the driver’s station; the headlight technology; as well as software and system security modifications. In addition, the vehicle’s satellite communications capability, voice and data transmission and IT equipment will all be improved.