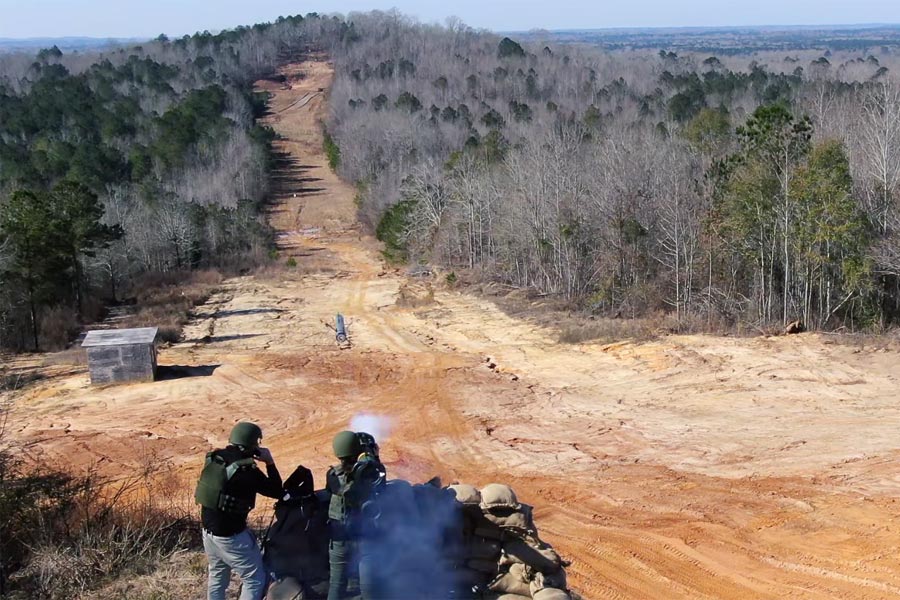 Rafael SPIKE SR has been evaluated by the US Army in live fire demonstration as part of Army Expeditionary Warrior Experiment 2021.

AEWE 2021 is assessing advanced technologies in support of US Army modernisation efforts, including the Army’s six modernisation priorities. As a portable, electro-optical guided missile, designed for today’s modern infantry, SPIKE SR is especially well-suited to enhance soldier lethality, one of the six priorities. SPIKE SR, which is part of the Spike Family of anti-tank guided weapons, provides a light weight (10 kg), shoulder-fired munition, with an enhanced range of 2000 metres, increasing lethality at the individual squad level. SPIKE SR’s features, including its ease of use, allow lower echelon infantry to rapidly qualify and sustain a high level of operation with minimal training.

AEWE assessed SPIKE SR as a precision munition system for infantry squads, for which portability and simplicity of operation is essential. AEWE also assessed the system for its ability to allow close-combat formations to dominate the operational environment and handle new threats in a near-peer conflict. During the assessment, live SPIKE SR missiles hit both static and moving targets in day (EO) and IR modes. Challenges included overcoming battlefield obscurants that effectively eliminated the target from the field of view. During the assessment, soldiers received instruction on the operation of the weapon, including indoor and outdoor training. US Army evaluators provided positive feedback on the system’s light weight, lethality and ease of use compared to what is currently in use by the US Army.

RSGS, supported by Rafael, organised the demonstration for the assessment. The experiment was managed by the US Army’s Maneuver Battle Lab and US combat veterans from the 1st Battalion, and 29th Infantry Regiment, also known as the EXFOR, participated in the assessment. The event was well attended by senior US Army officials, including from Army Futures Command: the Maneuver Center of Excellence, and the acquisition community. This assessment was the first live-fire demonstration of SPIKE SR on US soil.

“We were greatly honoured to present the advanced SPIKE SR missile system for assessment by the AEWE team. This light-weight system can greatly enhance squad-level soldier lethality, a core capability of the Army,” said LTG. (Ret.) Joe Anderson, President and CEO of Rafael Systems Global Sustainment, “AEWE was an important opportunity to demonstrate SPIKE and multiple other Rafael systems. This included Fire Weaver, our sensor-to-shooter system, and BNET, our broadband IP SDR (Software Defined Radio). These systems, combined with SPIKE SR, can provide tactical overmatch by enabling high manoeuvrability US and lethality. The live fire further demonstrated the effectiveness of SPIKE and provided a good opportunity for first-hand soldier feedback.”