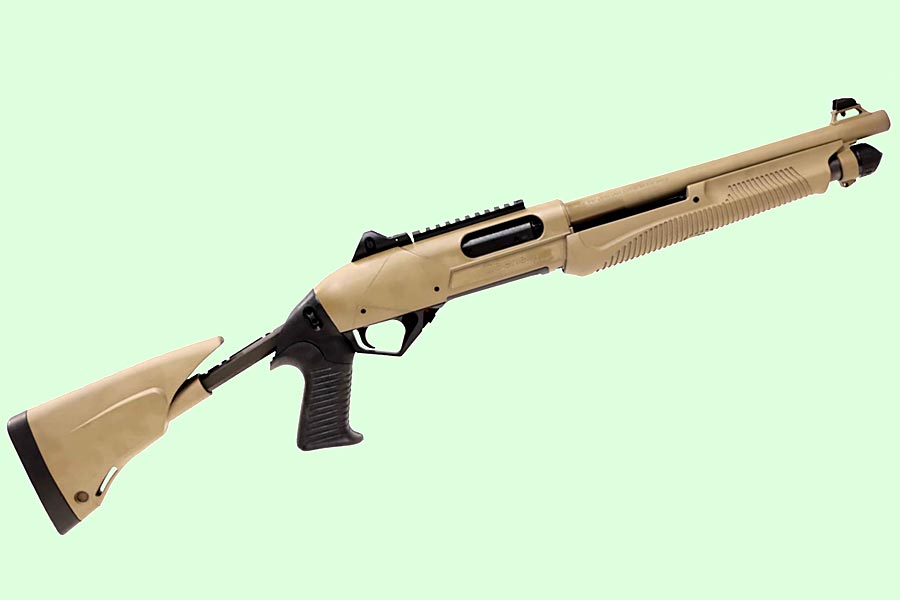 Press Release, Póvoa de Santo Adrião, 22 January 2021: [auto-translation] As part of the modernisation project for the [Portuguese] Army’s Light Weapons, within the scope of the Soldier’s Combat Systems Programme, the Army has received in its entirety,the batch of new Benelli SuperNova Shotguns provided by Sodarca Defense.

The acquisition process was conducted through the NATO Support and Procurement Agency (NSPA), this weapon being part of the family of new light weapons in use in the Portuguese Army. This weapon aims to equip the manoeuvre units, constituting an increase in their combat capacity, since it allows the use of more than one type of ammunition (door breacher, anti-drone, less lethal ammunition, among others).

Benelli SuperNova: The SuperNova shotgun is a robust, practical and highly configurable weapon to ensure sniper comfort and speed in the firing position. The tip and the stock are made of technopolymer and guarantee maximum resistance both at high and low temperatures. All weapons supplied are personalised with the Portuguese Army logo on the barrel.