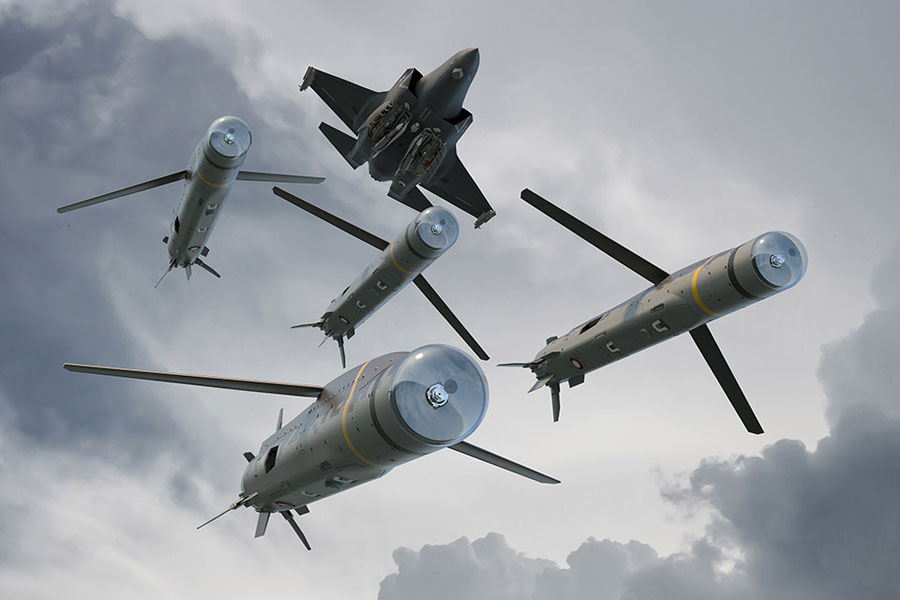 MBDA has received a contract valued at £550 million for production of the SPEAR missile system from the UK Ministry of Defence.

MBDA Press Release, 06 January 2020: MBDA has received a contract valued at £550 million for production of the SPEAR missile system from the UK Ministry of Defence. SPEAR (known in UK service as SPEAR3) is a first-of-class network enabled miniature cruise missile.

SPEAR will be the main medium-to-long-range strike weapon of the UK F-35 combat aircraft, enabling them to defeat challenging targets such as mobile long-range air defence systems at over-the-horizon ranges in all weathers and in highly contested environments. Guided firings of SPEAR will start within 18 months from a Eurofighter Typhoon fighter aircraft, with missile and launcher production beginning in 2023. The new contract follows the successful implementation of the weapon development phase contract for SPEAR placed in 2016 and the contracting of integration of SPEAR onto F-35 in 2019.

Éric Béranger, CEO of MBDA, said: “MBDA is delighted to receive this contract, it is the result of many years of hard work by our dedicated and highly skilled engineering team. Stand-off, network enabled and swarming weapons are a key part of MBDA’s vision – SPEAR is leading the way with these technologies and is the most technically advanced weapon of its type.”

The contract for SPEAR will employ a peak of 570 people at MBDA plus a further 200 in the Tier 1 supply chain. This will see the creation of 190 highly skilled technology jobs at MBDA in areas including system design, software engineering, seekers, and guidance control & navigation in Stevenage, Bristol and Bolton. It forms part of the Portfolio Management Agreement (PMA), a partnership initiated in 2010 between the UK MoD and MBDA on sovereign complex weapons design and production. The PMA delivers world-beating military equipment for the UK Armed Forces and has secured over 4,000 UK jobs at MBDA while generating savings worth over £1.2 billion.

Known as SPEAR3, the next-generation missile can travel long distances at high-subsonic speed and over the next decade will become the F-35’s primary air-to-ground weapon. At 1.8 metres long, the missile system has a range of more than 140-kilometres and, powered by a turbojet engine, can operate across land and sea, day or night, to overpower enemy air defence systems, while the pilot and aircraft remains a safe distance away. Its ability to attack moving targets will enhance the UK’s future combat air capability and provide immense lethal capability to the Queen Elizabeth class carrier strike group.

Defence Minister Jeremy Quin said: “The development of this next-generation missile will allow us to protect our personnel and assets on the ground, from thousands of metres in the sky above.

“Our commitment to this system will secure hundreds of highly skilled jobs across the UK and showcase British technology and weapon expertise on the world stage.”

Following a successful development phase, the new seven-year demonstration and manufacture contract with MBDA will support more than 700 UK jobs, including the creation of 190 highly skilled technology jobs in system design, guidance control and navigation and software engineering. At the peak of the contract, 570 people will work on various aspects of the system’s development in Bristol, Stevenage and Bolton. Another 200 jobs are expected to be sustained along the supply chain that includes L3/Harris, Roband, Collins, EPS and MSB.

Colonel Martin French, DE&S’ Lightweight and Medium Attack Systems (LMAS) team leader, said: “The placement of this contract marks the next major stage of the SPEAR3 weapon system’s development and is a result of months of detailed negotiations between MBDA and the LMAS project team.

“Building on the successes and technology achievements of the previous four years’ work with MBDA, we now enter the exciting and challenging demonstration phase where we start to prove the system against the UK’s requirements and ramp up activities to integrate this highly-capable weapon system onto the F-35B aircraft.”

With its unique combination of stealth, cutting-edge radar, sensor technology, and armed with SPEAR3, the F-35 will protect aircraft carriers from enemy ships, submarines, aircraft and missiles. The UK currently has 21 fifth-generation F-35Bs, having received three new jets on 30 November. The platform’s Initial Operating Capability (Maritime) was recently declared and, later this year, F-35 jets will sail with HMS Queen Elizabeth on her maiden Global Carrier Strike Group ‘21 deployment.

The initial demonstration phase will assess the weapon system against the UK military’s requirement through, testing, simulation and trials, which will include controlled firings from a Typhoon aircraft. The contract forms part of the Complex Weapons portfolio with MBDA, which is on track to deliver £1.2 billion saving to UK defence. It also allows the MOD and MBDA to maximise the export potential of complex weapons, including the first-in-class SPEAR3, which supports UK prosperity and the international agenda. 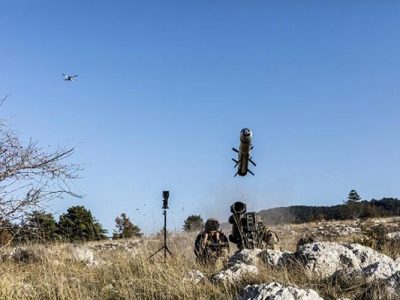