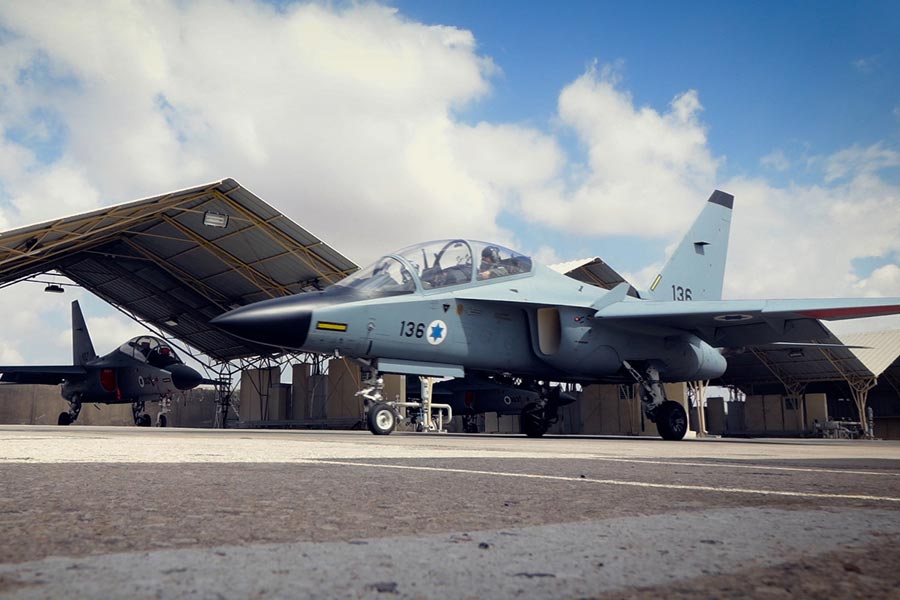 Elbit Systems has been selected by the Israeli and Greek Ministries of Defence for the Hellenic Air Force Flight Training Programme.

The agreement, which will be signed by both defence ministries, includes the establishment and operation of a flight school for the Hellenic Air Force, by Elbit Systems. It also includes the procurement of ten M-346 aircraft (Lavi), the maintenance of T-6 aircraft (Efroni), as well as the provision of simulators, training and logistic support. The G-to-G agreement amounts to around $1.68 billion and will span over 20 years.

Defense Minister, Benny Gantz: “This agreement reflects the excellent and developing relations we have with Greece. It is a long-term partnership that will serve the interests of both Israel and Greece, create hundreds of jobs in both countries, and promote stability in the Mediterranean. In the phone call that I received after the agreement was approved, I thanked my friend the Greek Minister of Defence, Nikolaos Panagiotopoulos, and expressed my appreciation for his personal involvement in advancing this project. I also commended the recent strengthening of defence relations between our countries and noted my expectation that these will deepen further. “

The Israel Ministry of Defense participated in an international tender for this project, and its winning bid was approved by the Greek government. As part of the agreement, the flight school will be built and maintained by Elbit Systems. This is the largest defence procurement agreement between the two countries to date, and the approval from Athens enables the parties to move forward in the negotiations leading to the signing of a contract.

In the near future, SIBAT, the Directorate for International Defense Cooperation in the Israel Ministry of Defense, and Elbit Systems will sign the agreement to establish the Greek flight school. Modelled after the Israel Air Force (IAF) flight academy, the Greek school will be equipped with ten M-346 training aircraft produced by Italian company, Leonardo. Otherwise known as ‘Lavi’, these aircraft are also employed in the Israeli flight school and are considered very successful.

Within the framework of the agreement, Elbit Systems will provide kits to upgrade and operate the Hellenic Air Force’s T-6 aircraft. Elbit will also provide training, simulators and logistical support. In the future, the parties will also consider areas of cooperation between the Israeli and Greek flight academies.

SIBAT Director, Brig. Gen. (Res.), Yair Kulas: “The Greek government’s approval of this agreement is a historic step in further deepening the excellent defence relations between our two countries. This is not just a defence export agreement, but rather a partnership for at least 20 years. I would like to thank the Greek Ministry of National Defence for its trust and for assigning this important task to the Israel Ministry of Defense and our excellent defence industry.”

Elbit Systems Press Release: Haifa, 05 January 2021: Elbit Systems Ltd. announced today that following a competitive process, and as part of an agreement between the Israeli Ministry of Defense (“IMOD”) and the Hellenic Ministry of National Defence, the Company was selected to establish and operate the International Flight Training Center of the Hellenic Air Force.

The Hellenic Government approved the establishment and operation of the Flight Training Center by the IMOD and Elbit Systems for an amount of approximately $1.68 billion (approximately €1.375 billion) for a period of approximately 20 years. The anticipated contract award is contingent on completion of commercial negotiations with the Hellenic Ministry of National Defence. The programme calls for Elbit Systems to deliver training aircraft fleets equipped with the Company’s unique avionics and embedded training solutions, supply the Company’s flight simulators and training aids and provide through-life logistical support.

Bezhalel (Butzi) Machlis, President and CEO of Elbit Systems, said: “We are honoured to have been selected to provide such an important capability to the Hellenic Air Force, which we believe will contribute to the further strengthening of the bi-lateral relationship between Israel and Greece. This selection attests to the leading position we hold in the area of training, providing tested know-how and proven technologies that improve readiness while reducing costs.”