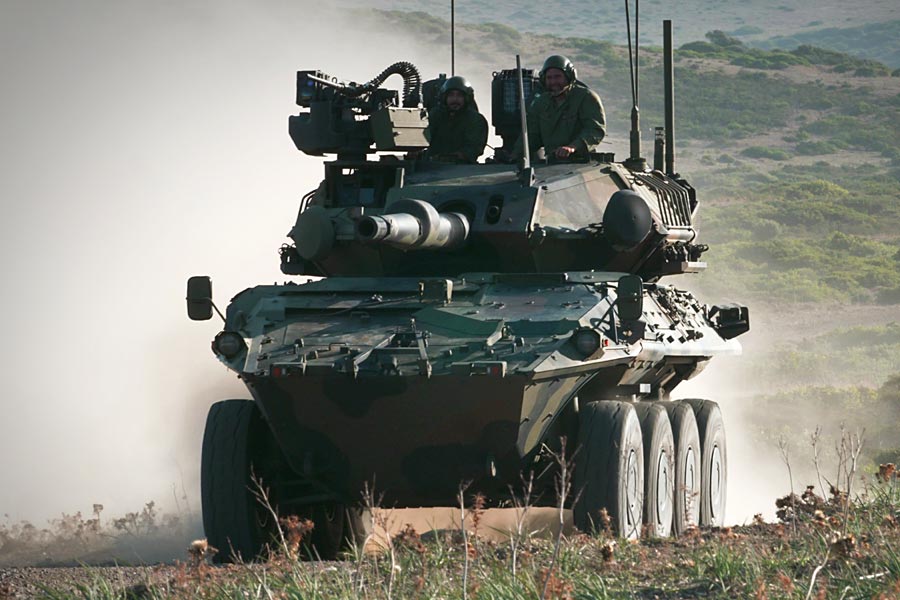 Italian Army General Staff Press Release, 31 December 2020: [auto-translated] The contract for the supply of 86 ‘Blindo Centauro 2’ systems was signed by the Directorate for Land Armaments (Direzione degli Armamenti Terrestri – DAT) and the consortium Iveco – Oto Melara, with a possible option for a further 10 platforms.

The acquisition in question, a natural continuation of a process already started in 2018 and which aims to meet a total need of the Italian Army of 150 vehicles, is part of the activities planned by the Army General Staff aimed at equipping the Line Cavalry Regiments with a platform which, incorporating the most recent technological innovations, can be used, with maximum safety, even in Operational Theatres characterised by a high level of threat.

The Centauro 2 represents an exceptional step forward compared to the previous Centauro I in terms of power, observation, mobility, ergonomics, shooting behaviour, communication as well as, of course, maximum protection for the crew. Equipped with a modern powerpack of over 700HP and the H transmission, typical of 8×8 armoured vehicles, the Centauro II uses an entirely digital architecture and a new generation turret with 120mm cannon and Command and Control Communication systems that make it among the most modern of the equipment supplied to the Army. The result is an innovative armoured vehicle capable of operating in any scenario: from missions in defence of national security, to support and peacekeeping operations to any other operational theatre in which the Army is called upon to intervene.

The consortium represents an example of virtuous collaboration activity through which the Land Armaments Department has expressed its high technical-administrative skills. The work of the DAT has made it possible to reach the signing of the contract that will allow the Armed Force to use a vehicle that guarantees high levels of protection for personnel, technologically advanced and with cutting-edge performance.

The Italian Army confirms itself as a beacon of technology and innovation and continues its broader project of rationalisation and long-term capacity development, a process of technological transformation that continues to involve the national production system.

Updated with English language release from the manufacturers:~

The contract, marking the follow-up of the initial supply of 10 units (purchased with the contract signed in July 2018) on a total need of the Italian Army of 150 units, ensures a long-term stability thus strengthening

the strategic know-how for the land sector of the national industry of Defence and guaranteeing the production continuity. Besides the excellent technical and human resources of the two partner companies, Iveco Defence Vehicles and Leonardo, the program leverages predominantly on a national supply chain thanks to the proven capabilities of the national Defence industry.

The Centauro II marks a major step forward compared to the previous Centauro I, in terms of power, observation capability, mobility, ergonomics, firing range, communication and maximum crew protection. Equipped with a new power pack delivering over 700hp and with H-drive architecture, a hallmark of the 8×8 Centauro range, Centauro II features an entirely digital system and a new generation turret mounting with a

120mm gun and Command and Control Communication systems making Centauro the most innovative vehicle in service with the Italian Army. The result is a new concept of wheeled armoured vehicle capable of operating in any scenario: from national security missions, to peacekeeping and support operations including all interventions involving the Italian Armed Forces.