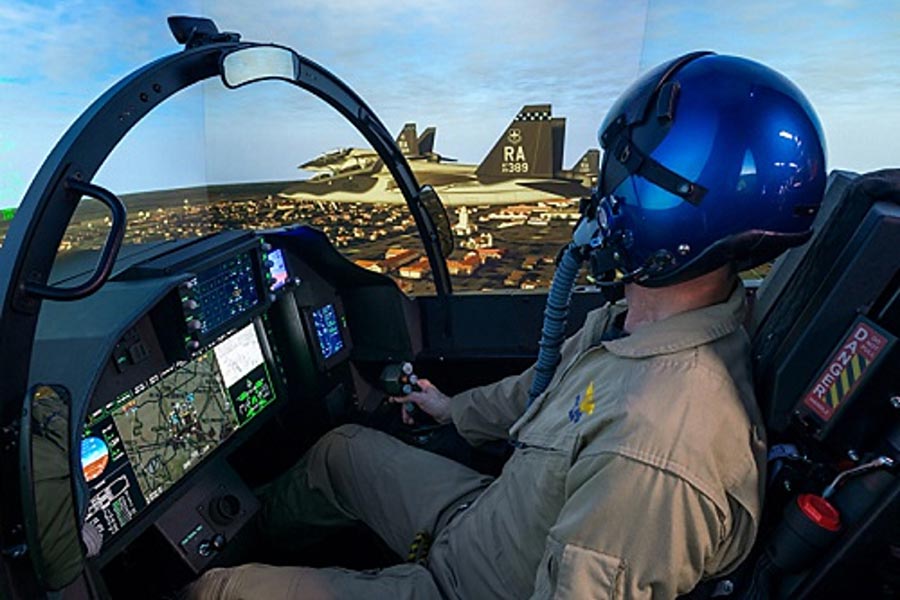 Boeing teams are currently assembling the first two weapons systems trainers and an operational flight trainer at the company’s St. Louis site. These simulators, which are the foundation for pilot training and key to the Air Force’s readiness, can digitally connect to actual T-7A aircraft and enable live virtual constructive and embedded training scenarios.

“The Red Hawk’s training system is arguably the most advanced in the world. It’s a game changer,” said Chuck Dabundo, vice president of Boeing T-7 Programs. “This system is 100% integrated with the pilot’s real-world experience, offering ‘real-as-it-gets’ simulation. We’re working closely with the U.S. Air Force and look forward to testing and fielding the devices.”

“This is the most accurate, immersive experience that any pilot can have outside the aircraft,” said Sherri Koehnemann, T-7A Training & Sustainment director at Boeing Global Services. “We’ve integrated the training across the board, including ‘one push’ software updates. What a pilot sees in the classroom, on his or her desktop training devices, and in the operational and weapon systems trainers will be what they see in the jet. Future pilots can expect more holistic, immersive training.”

The T-7A’s GBTS was built on an open systems architecture of hardware and digital software that will allow it to grow with the Air Force’s evolving needs. Boeing expects to deliver the first T-7A Red Hawk simulators to the Air Force in 2023. 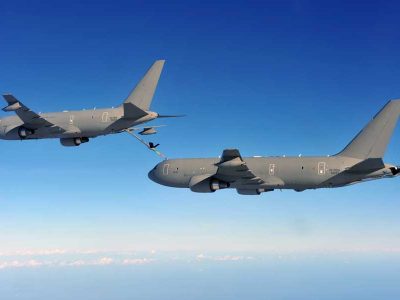 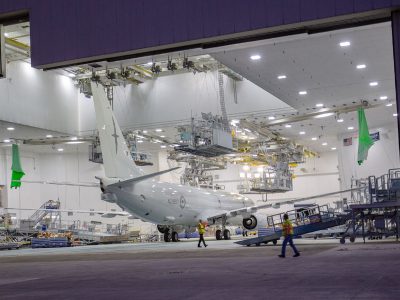 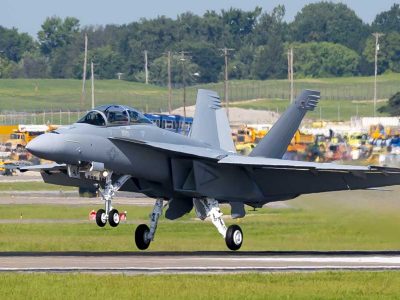